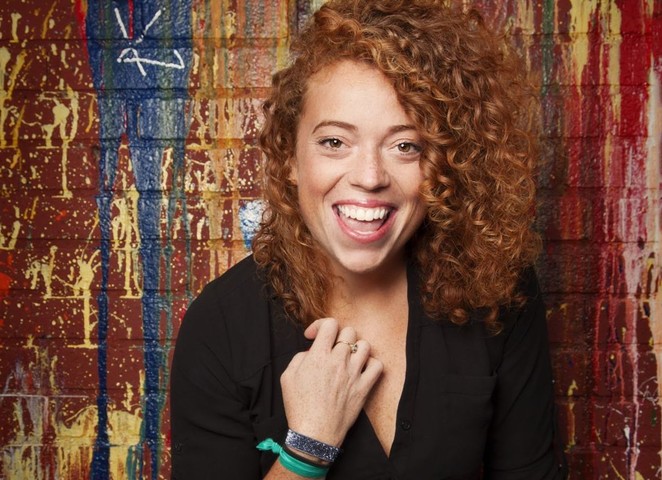 You may have first seen her portraying “Grown-Up Annie” on Late Night with Seth Meyers, or interviewing an itchy-buttholed candidate for an internet startup on the web series Now Hiring, but seriously folks, stand-up comic and Daily Show correspondent Michelle Wolf began her post-collegiate career

working at financial institutions Bear Stearns and JPMorgan Chase. “For the most part,” she told The Guardian last year, “there was just a lot of people yelling at each other and getting mad for no reason and trying to place blame. I was like, ‘I’m turning into a bad person.’” The unpleasant experience obviously helped her pinpoint hypocrisy as she does when mock-celebrating Kellyanne Conway’s mind-boggling lying skills or skewering the sexism of the GOP’s proposed healthcare bill on Comedy Central’s long-running news sendup. But Wolf also told The Guardian, “If I have to make four more years of Donald Trump jokes, that will drive me insane,” which is probably why she tempers her political commentary with jokes about how weird dudes’ balls look.