Powerful weather system moving across the Southern Plain on Tuesday will bring a slight risk of severe thunderstorms across the Hill Country including both Austin and San Antonio metropolitan cities. Large hail and damaging winds are expected to be the main weather hazards. 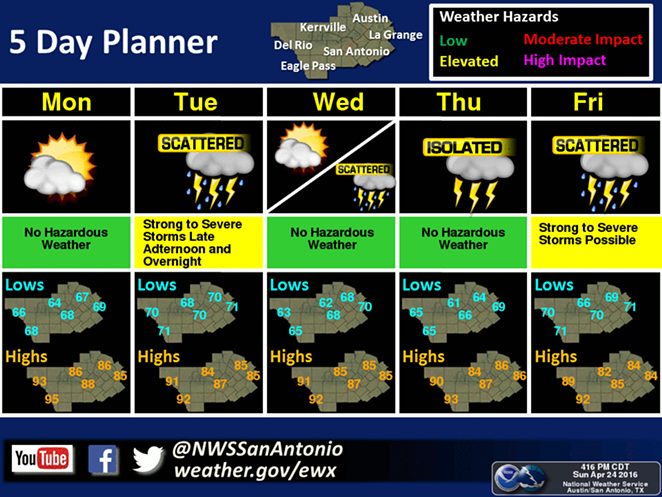