Dancers in the Dark: Climax is an Art-house-horror Hybrid From the Provocative Mind of Filmmaker Gaspar Noé 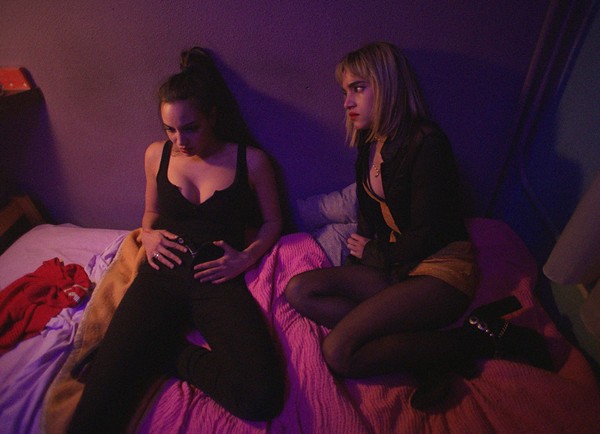 “On acid” is a phrase people tend to use when describing something recognizable that has been reworked to give the impression that it exists in some kind of altered and exaggerated state. For example, last year, director Julius Avery described his zombie action flick Overlord as “Indiana Jones on acid.” The Netflix original series Russian Doll has been called “Groundhog Day on acid.”

Although it would be easy enough to define French-Argentine filmmaker Gaspar Noé’s latest provocative picture Climax as “Step Up on acid,” the description is a bit too precise since all the characters in the dance-horror hybrid are, well, on acid. And while it might’ve been an even more experimental film had Noé demanded his actors go method and actually drop acid, it feels just as relentless and warped knowing the cast and crew on set stayed sober.

In Climax, a 95-minute film that was mostly improvised, Noé packs his characters — a diverse group of French dance students — into a large, spacious school building where they’re about to celebrate completing a successful rehearsal by partaking in some drinking, conversation and more dancing. At this point, the audience has already been introduced to each one of the dancers during the interview portion of an audition where the young men and women explain to an off-camera choreographer why they want to join the troupe.

After an incredible opening dance sequence (the only choreographed dancing in the entire film), the dancers find themselves under the dim lights contorting to pulse-pounding house music like demon-possessed characters in a horror movie and tossing back cups of sangria. Some chat with each other about relationships, family problems and which of their fellow dancers they want to have sex with before the night is over. Most just show off their best freestyle moves.

As the celebration continues, some of the dancers begin to feel ill. Soon, they all realize that the sangria they have been drinking has been spiked with LSD. As the hallucinogenic drug slowly seeps into their bloodstream, the dance party begins to morph into a hellish experience for everyone. Noé chooses not to allow viewers to actually see or hear anything affecting his drugged-out characters, but witnessing them wear down mentally and behave in the most abhorrent ways is just as disturbing.

Climax opens at the Alamo Drafthouse Park North on March 15.