Data-driven report says 700 died in Texas' February power outages, not the 151 reported by the state 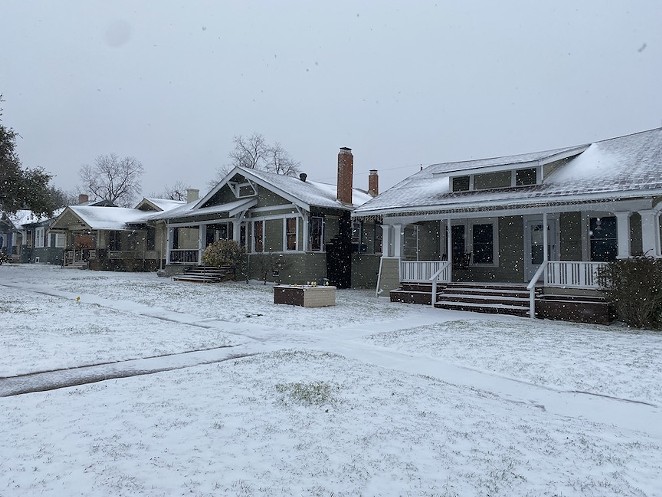 The failure of Texas’ electrical grid during February's winter storm likely killed hundreds more people than the state officials have so far acknowledged, according to a new data analysis by BuzzFeed News.

Reviewing federal mortality data, the news site estimated that 702 people died during the week of the storm, which cut off power to millions of Texans during freezing weather. That toll is multiple times higher than the official count of 151 shared by state health officials.

"This astonishing toll exposes the full consequence of officials’ neglect in preventing the power grid’s collapse despite repeated warnings of its vulnerability to cold weather, as well as the state’s failure to reckon with the magnitude of the crisis that followed," BuzzFeed's reporting team wrote.

BuzzFeed based its study on Centers for Disease Control mortality data. It crunched the numbers using a method called “excess deaths” analysis, which has been used to estimate the complete death toll of the COVID-19 pandemic.

The data suggests that many medically vulnerable people, including those with diabetes, heart disease and other chronic conditions would still be alive had they not been exposed to blackouts, extreme cold, stress and other factors. BuzzFeed had three independent experts review its analysis.

A spokeswoman for Gov. Greg Abbott didn't respond to BuzzFeed's inquiries about the data analysis, nor would she say whether the state would investigate further. However, she said the Republican governor was committed to working with the Texas Legislature to ensure no such outages happen again.

However, with less than a week left before the end of the legislative session, lawmakers have yet to completely finalize a bill to harden the state's power system. What's more, critics have also warned that the proposal now being hashed is too vague and doesn't go far enough.

Beyond its toll in human lives, the storm is estimated to be the costliest disaster in Texas' history.