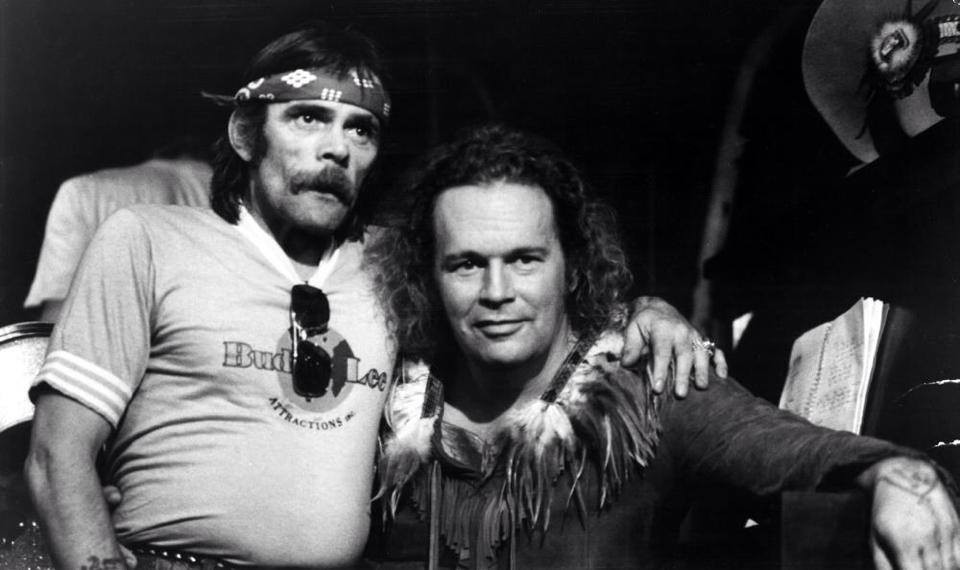 "We're gonna boil the roof off this damn peanut dong," says David Allan Coe, appearing as himself in the Squidbillies Season 3 episode "The Okaleechee Dam Jam." Early Cuyler, the show's hilariously backward hillbilly protagonist, wears a trucker hat, identifying him as a "Booty Hunter," crosshairs sighted in on the silhouetted rump of a shapely female. Parody or not, Early, in Adult Swim's estimation, is presented as the prototype Coe fan. Dan Halen, the show's primary antagonist, describes Early for Coe during DAC's guest spot: "He's the one with his mouth open in an expression of constant confusion and ignorance. Look for the one in the hat — it probably says something like, Guns Don't Kill People, I Do!!!"

I have attempted to contextualize Coe's career within the framework of Early's more apropos headgear.

Early's hat: "I'm a Long Haired Spreadneck"
Coe counts himself a progenitor of the outlaw trend of country music, which came to prominence in the early to mid '70s. He's maintained something of a legitimate, if cult-driven, career as a country stalwart on the backs of hits like "You Never Even Called Me By My Name," which might be the perfect country song, and as the author of others hits, such as "Take This Job and Shove It," and an endless list of other KKYX staples. Coe is simultaneously an easy and willing touchstone of country-folk parody (and, one would have to assume, judging by his willingness to be [gently] lampooned on Adult Swim, something of a good sport) as well as a lightning rod for criticism aimed at the homogeneity, and, in Coe's particular case, the sometimes racism of country music. 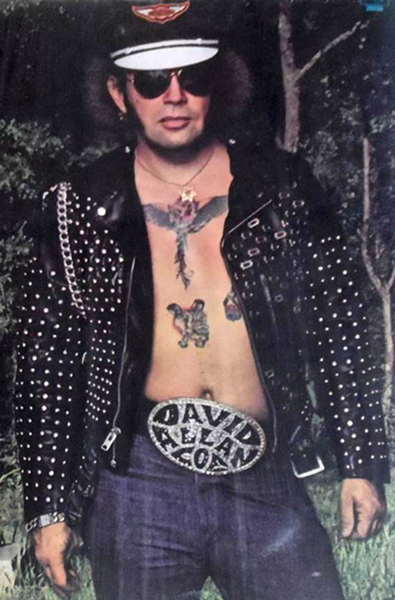 Early's hat: "Sonny LIED!!!"
It speaks, perhaps, to Coe's plasticity as an artist that he scored a radio hit with such a florid title as "Mona Lisa Lost Her Smile" only two years after he infamously put out a mail order album containing a song called "Nigger Fucker," among other sordid, profane, sexist and racist titles. Indeed, in a long and modestly varied career he's cut as many records as there are blonde-haired children in Alamo Heights. And while several have made the mainstream charts, Coe remains indelibly linked in many people's minds to these so-called "underground albums," which contain his more questionable material.

In the '80s, Coe, at the height of his popularity, resembled a more-portly Toby Keith, sporting a dangly earring and wearing flashy pastel suits adorned with Native-American imagery. Nowadays, he's humongous, extraordinarily hairy and typically wears all black clothing with sleeves cut off to reveal aged arms covered in tattoos. He has developed a preference for Dimebag Darrell guitars, frequently emblazoned with the Confederate Flag, and performs with a headset so as to avoid having to stand for any extended length of time.

Early's hat: "Chalky Trouble"
Coe first saw his star ascend as country music transitioned away from the countrypolitan era of Faron Young and Glen Campbell and toward the men who'd been writing their songs and singing their harmonies — Willie Nelson, Johnny Paycheck and the like. In only the time it took to grow their hair, Willie, Waylon and Paycheck met the '70s, shed their Nudie suits and Brylcreem, donned tattered denim and whiskered faces, and flooded the airwaves with songs of hard drinking, hard loving and hard time. Assuming at last the counter-cultural trappings that country music had firstly eschewed, the outlaws joined — aesthetically — the hippies, having failed, it would seem, to beat them to the clean-cut route.

Early's hat: "I Support the Flat Tax, Cause I'm FLAT BROKE!"
Still, there is some merit to the perception of Coe as the quintessential outlaw. One story in particular recalls one of Willie's Fourth of July picnics, an early entry on the Austin festival calendar, where things had run long and Coe's set had to be bumped. Rather than face the wrath of the angry headliner, the show's promoters told Coe instead that the law was looking for him. Coe promptly left.

Early's hat: "David Allan CEO Live"
In the end, if you're not a biker, don't own any Magellan shirts or Yeti coolers, and certainly if you happen to be of any color other than that which Early might describe as chalky, you're most likely not a fan and not considering attending Coe's show. (If you are of color and do attend, you might be prepared to weather some suspicious glances similar to those which I shoot at Trinity students when I find them invading en masse my favorite taqueria.) As to what that means in particular for Coe and his music, there is some minimal room for debate. But if you feel any kinship at all for Early Cuyler, Coe Fan Numero Uno (note: "No Habla Jibber Jabber!"), you might, then, be considering attending. Make sure you bring your cash money (small bills) if you've an eye for merchandise. Tax purposes, please.