Deepak Chopra Comes To The Tobin On April 8 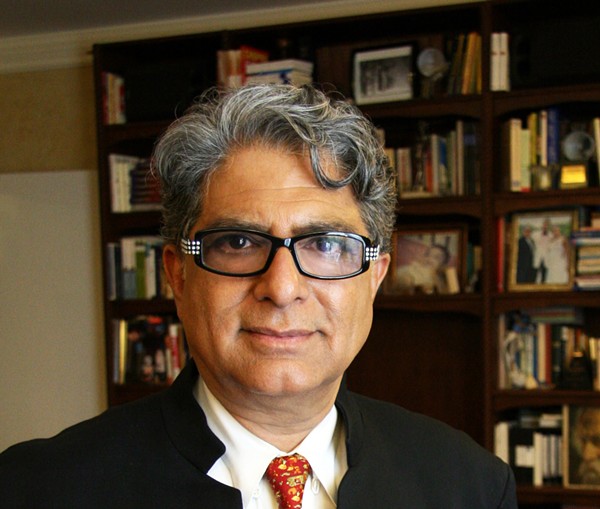 Deepak Chopra is a distinguished endocrinologist, writer, lecturer, alternative medicine advocate, new age spiritualist and friend of Oprah. He's written more than 80 fiction and non-fiction books with titles like Quantum Healing, The Seven Spiritual Laws of Success, The Way of the Wizard and The Third Jesus. He's hailed by some as a postmodern visionary, bringing contemplative depth, ancient wisdom and cutting edge science to bear on some of our most significant issues. By others, he's lambasted as a pseudo-scientist, using his medical credentials, vague religious extrapolations and an understanding of alternative medicine to profit from his followers' naivete.

Whatever your opinion of the man, he's an engaging figure who pushes people to have conversations about where human beings are headed as a species and to question accepted dogma wherever it's found. He has been able to, if nothing else, open up a space for spiritual discussion in the spiritual desert of the digital age. He has also taken an important holistic understanding of health to the masses.

Now, he's coming to the Tobin Center on April 8 to promote his latest book, The 13th Disciple: A Spiritual Adventure. The book is a historical fiction, a thriller and a document of spiritual revelation that tells the story of a forgotten female follower of Christ. With this work, as with his other texts exploring Christianity, Chopra hopes to open up meditation on the feminine aspects of Christ and his teachings, and to foster a move away from “male-centered guilt and retribution.” According to the author, the novel's realistic characters — all of whom exist at different points on the spiritual spectrum — “are representative of the plurality in the contemporary social sphere.”

A few days ago, Chopra spoke to the San Antonio Current over the phone from Philadelphia. In this interview we discussed his Tobin lecture (entitled “The Future of Wellbeing”), The 13th Disciple and its aims, his consistent criticisms of contemporary medicine and the backlash they have drawn, and his overall goal through of his tireless effort. Read this revelatory, no-nonsense chat with one of the most widely read thinkers of our time on April 1, online and in print.