Deez Nuts, Dead Gorilla Are About as Popular as Jill Stein in Texas 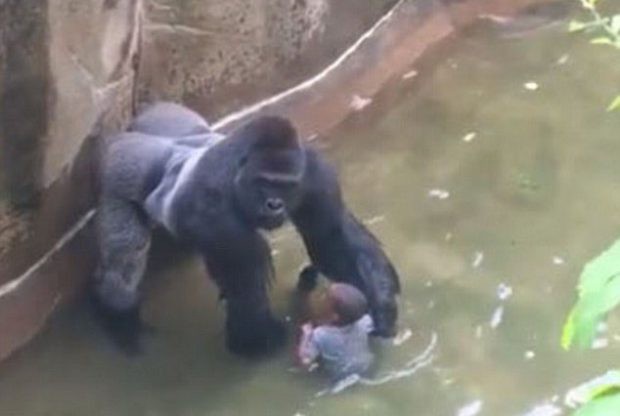 If third-party enthusiasts in Texas believe Green Party presidential nominee Jill Stein is a viable alternative to Hillary Clinton or Donald Trump, they might want to take a look at a recent poll that shows she is tied with a dead gorilla and down a percentage point from a teenage prankster that goes by "Deez Nuts."

Earlier this week, the Public Policy Polling group released results of a very unusual survey that showed Donald Trump is only leading Hillary Clinton in the Lone Star State by a mere six points. Which is, well, a big deal considering Texas is generally considered the deepest of deep red territories.

Tucked away farther down in the poll, however, were the results from where poll-takers were asked to consider a few election scenarios in which Stein was put up against Deez Nuts, and Harambe, the gorilla shot to death at the Cincinnati Zoo this summer after a small child fell into his enclosure. According to the poll, Stein is less popular among Texas voters than Mr. Nuts. The poll shows her tied with the dead gorilla

According to the poll, a 15-year-old prankster named Brady C. Olson, of Iowa, who registered to run for president under the name Deez Nuts is beating Stein in the polls. While not even being eligible to run for the nation's highest office, Olson's Deez Nuts candidate is leading Stein by one percentage point, with 3 percent of the Texas vote compared to Stein's 2 percent. Then there's Harambe. If you don't remember Harambe, he is the gorilla that was shot to death at the Cincinnati Zoo in June after a small child fell into his enclosure. The poll shows Stein tied with Harambe at 2 percent of the Texas vote.

This is not the first time Public Policy Polling has used Deez Nuts (a moniker started by a 15-year-old prankster out of Iowa) and Harambe to measure public sentiment about the mainstream candidates. A year ago, a similar poll taken of Minnesota voters showed Deez Nuts garnered support from 8 percent of the state's voters and in July, Harambe garnered support from 5 percent of voters nationally.

When is this election season over, again?