Demitasse to Release New Album Powercouple with Show at the Tobin 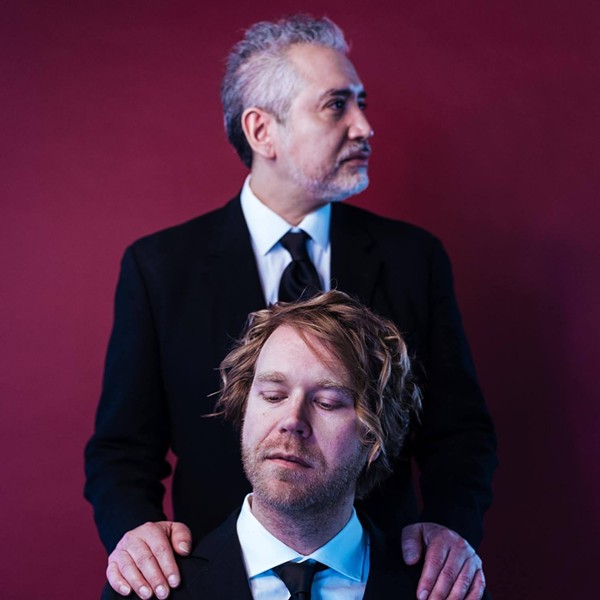 Perhaps biased as a fan of songs in minor keys and modes that vibrate with the feelings of longing, loss, despair and tragedy (I know, let’s cry about it already), but the sophomore effort from San Antonio's Demitasse might be the best local album of the year.

A side project of Buttercup’s Erik Sanden and Joe Reyes, Demitasse harnesses the somber textures of acts like Simon and Garfunkel as well as Elliott Smith while stirring in the folk pop warmth of The Everly Brothers with an edge of '90s alt rock in the vein of R.E.M. circa "Losing My Religion."

We sat down with Sanden and Reyes to talk about the new album and how Demitasse emerged in 2010 as its own respective project from Buttercup.

"My dad was dying and I wasn’t even here most of that year," said Sanden. "I was going and writing these sad songs, I would come back and Joe was like 'Let’s record them.'"

Reyes' father was also sick, too. Without a drummer, but with their natural musician impulse to continue to create music, Reyes and Sanden would write the demos of what would be the first album Blue Medicine, which wouldn’t see the light of day until 2014.

"I think that, though there was humor on Blue Medicine, there’s a little more optimism coming through the corners [on Powercouple]," Sanden said.

Reyes chimed in, "I wrote those songs, 'It’s Good To Be Alive Again,' and 'There’s Still Beauty at The Base of The Mountain' – those two came after I had had this really bad psychological dip," Reyes said. "Some of the therapy I had had and some of the wise things people told me finally clicked, and those two songs came right out of that feeling of basically 'I can live my life again.'"

While the somber goodness that are the tracks "Majic" and "Leave The House," – probably my favorite moments on the record – "There’s Still Beauty at the Base of the Mountain" gives listeners an opportunity to come up for air. "There’s Still Beauty…," sort of reminiscent of The Beatles' "Tomorrow Never Knows," pulls listeners through a poppy, psychedelic caverns not yet explored on the record (or catalog) and pretty contrast to the density of moodiness of Powercouple.

"So there is a bit more hopefulness on the new record, that’s where the songs came from, I think," said Reyes. "Both of our dads were sick … as you get older, a lot of your friends start to get sick and all that kind of stuff weighs on you, so I guess that record has a bit of that [mood.] I like that though, I’ve always like 'Rainy Days and Mondays' by The Carpenters."

Overall the album feels like unfiltered artists living the human experience and processing the not-so-jolly parts of it. It’s raw, genuine and sort of seasonally appropriate as we enter a cooler season.

Watch below as Sanden get sawed in half by Reyes in the video for "Majic:"