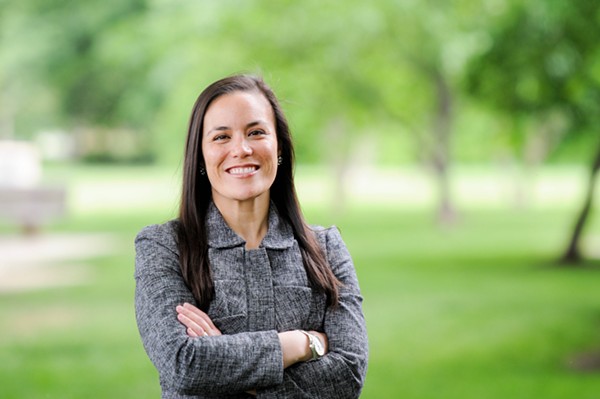 Jones, a Democrat, and Republican incumbent U.S. Rep. Will Hurd ran a neck-and-neck contest to represent the District 23, a swing district that includes part of San Antonio. A recent count put Hurd 1,150 votes ahead — close enough for Jones to demand a recount under state law.

However, Jones said she's focused right now on getting a complete count of provisional, absentee, overseas and military ballots. Her campaign requested a list of provisional voters in the district's 29 counties, but Bexar and ten other counties have not yet supplied them.

Jones supporters appeared Friday at Bexar County commissioners court to urge officials to come up with the list. The letter, dated Sunday, is the latest attempt to convince the county to turn it over.

"If Bexar County’s county judge and commissioners court are interested in ensuring that everyone can exercise their fundamental right to vote, then we know they will make publicly available the names of these voters," states the letter, signed by former HUD Secretary Julián Castro, Congressman Joaquín Castro, state Sen. José Menéndez and others.

"We're focused on getting this count right the first time and making sure we count every vote," Jones said.

Bexar officials were not available today because of the Veteran's Day holiday. However, Elections Administrator Jacquelyn Callanen told the Rivard Report that Bexar County elections staff are following federal and state regulations to ensure provisional votes are counted properly.