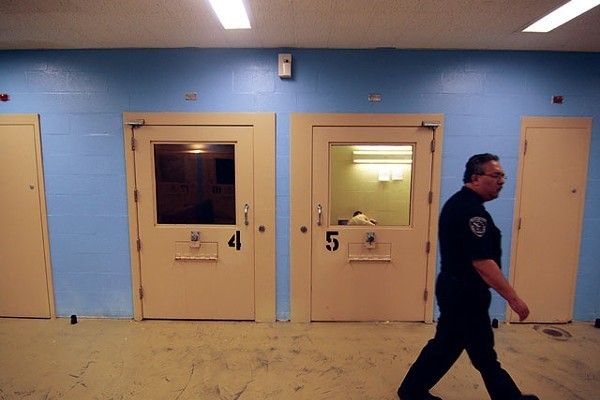 A Bexar County deputy intervened in an inmate's suicide attempt this morning.

The 28-year-old inmate, who tried to hang himself, was being held in the Bexar County Jail on a domestic violence charge involving choking or strangulation. The deputy found the inmate in a bathroom stall in the booking area of the jail, according to the Bexar County Sheriff’s Office.

The man was taken to the hospital early this morning, and his condition remains undetermined.

Earlier this month, a 36-year-old inmate facing a murder charge was found dead in the jail from an apparent suicide.