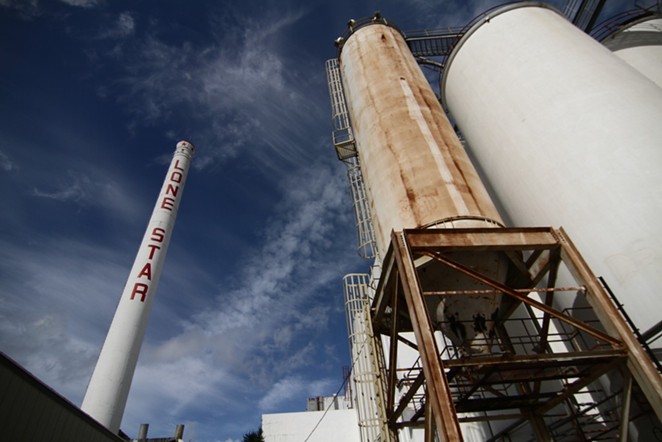 Authorization of the incentive package — one of the largest granted to an urban development project in recent years — is the last step before city council votes May 20 on the proposal. The south-of-downtown industrial site remained vacant for roughly 25 years after multiple redevelopment setbacks.

If council green lights the $596 million project, developers GrayStreet Acquisitions and Midway would create retail, restaurants, multifamily housing, public plazas and office space on the site. Under their plan, demolition would begin at the end of the year, and construction would take place in three phases, starting in 2022 and ending in 2031.

In exchange for the incentives, GrayStreet and Midway promised to invest in public infrastructure improvements around the site, including streets, sidewalks, drainage and utility upgrades. The group also plans to build at least $818,000 in affordable housing.

The $24 million in reimbursements — offered under the city’s Tax Increment Reinvestment Zone program — will occur in three phases, the first ringing in at $11.5 million.

During Friday’s meeting, the developers said the project will generate thousands of construction jobs and create a “live-work-play” neighborhood that will support 1,500 full-time employees upon completion.

The redevelopment will also generate $330 million in new tax revenue by 2035, including $132 million for San Antonio Independent School District, they pledged.

“I am excited to get the ball rolling,” Midway Vice President Don Quigley said.

That four-year phase has a price tag of $166 million, Peter French, GraySteet Partners' development director, said during the meeting.

What’s not in the cards, though, is the restoration of the brewery’s swimming pool, once a popular amenity for residents and visitors. Instead, the developers will make improvements to the pool in Roosevelt Park, including interactive murals that will pay tribute to the original Lone Star attraction.

GrayStreet and Midway officials said they hope to erase the stigma the Lone Star property has carried for the more than two decades it languished, transforming the site into a “cultural hub” and a connector to the San Antonio River and Missions.

During the meeting, District 2 Councilwoman Jada Andrews-Sullivan commended District 5 Councilwoman Shirley Gonzales for her diligent oversight, even as attempts to redevelop the site suffered multiple setbacks.

Further adding to the Brewery’s stigma was an April fire that left behind smoldering cork in the ceiling and walls. According to City Attorney Christine Ramirez, firefighters found no evidence of arson during their investigation.

“We want to see [the redevelopment] through,” said Gonzales, who will be leaving office after the expiration of her current term.