Divided We Fall: The River and the Wall Spreads Itself Thin, But the Nature Photography is Breathtaking 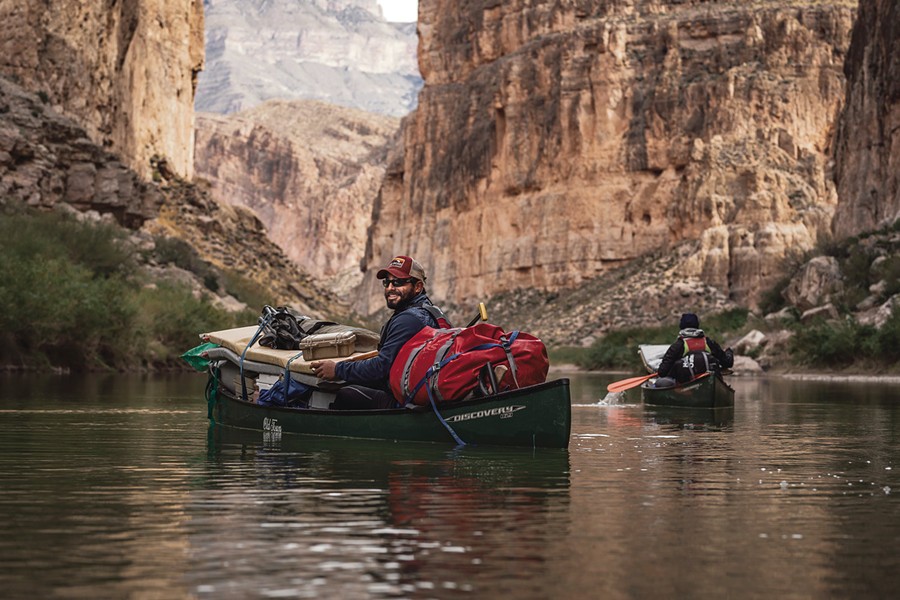 Over the last four years, President Donald Trump’s ludicrous idea to build a wall on the U.S.-Mexico border has shifted more than a Jell-O mold sitting on a tectonic plate. His guarantee to construct a “big beautiful wall” and get Mexico to pay for it has slowly transformed into erecting “artistically designed steel slats” and sticking U.S. taxpayers with the bill.

In the documentary The River and the Wall, first-time director and native Texan Ben Masters and a group of his friends journey 1,200 miles via bicycles, horses, canoes and by foot along the Rio Grande — from El Paso to the Gulf of Mexico — to explore the region and try to comprehend how a physical barrier would affect the people, wildlife and overall landscape.

Joining Masters on his two-and-a-half-month-long trip were Rio Grande river guide Austin Alverado, ornithologist Heather Mackey, wildlife filmmaker Filipe DeAndrade and conservationist and associate director of the Texas Parks and Wildlife Foundation Jay Kleberg — all of whom brought their own experience and expertise to the expedition.

Most of the documentary centers on the five’s trek across a range of different terrain, including deserts, mountains and thick mud, and becomes reminiscent of those kinds of adventure docs that push their subjects to their limits. But Masters is still able to find opportunities to speak to ranchers and a border patrol spokesman to get their opinion on what impact a wall would have on the natural environment. He also sits down with congressmen Beto O’Rourke, D-TX, and Will Hurd, R-TX, to learn why they don’t think a wall is the answer to immigration concerns.

A lot of good information is shared in The River and the Wall, although Masters’ mission seems a bit broad from the start and continues to spread itself thin throughout the film. For example, Mackey is there to collect data on birds, but that really doesn’t factor into the narrative much. Masters also attempts to cover a wide array of topics, including the importance of public lands, the creation of a binational park, the protection of wild species, the need for immigrant labor in the U.S., the existing barricades built via the Secure Fence Act of 2006 and more. Many issues are mentioned, but none are given the attention they deserve.

Where The River and the Wall truly excels is in the photography of the picture. We’re not sure which of the five credited cinematographers captured most of the doc’s nature footage, but every scene shot under the sky is breathtaking.

Still, maybe that’s all it will take for moviegoers to realize how spectacular the southern border is when it’s not sullied by artificial barriers driven by impractical, harebrained promises.

The River and the Wall opened exclusively at the Santikos Bijou on May 3.