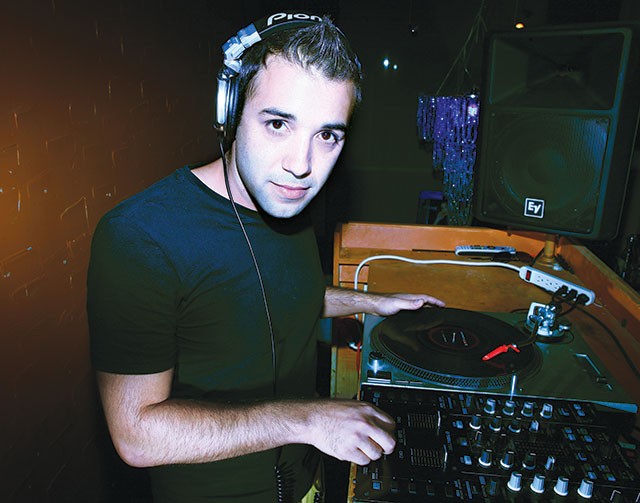 In a back-to-back display of pure awesomeness, and a confirmation of the fact that the DJs get more votes than any category, DJ Tone crowned a fantastic year with his second consecutive win as Best Club DJ in our Music Awards.

“I describe myself fun, energetic and in touch with the crowd,” DJ Tone (Antonio Guerra) told the Current. And he means it.

After winning the online Best Texas DJ competition organized by People En Español, DJ Tone was the unsung hero at the recent Festival People en Español held at the Alamodome on August 31-September 1. He kept the party rolling in between acts, earning immediate crowd response with a cool, eclectic selection of techno-cumbias and the edgiest side of reggaetón.

“Festival People en Español was a great and exciting experience,” he said, “but my future plans as a DJ/producer are to focus on my skills and technique to achieve my goal as a world DJ.”

Even though he was already well-established locally, winning last year’s awards was a welcome bonus that opened new doors for him.

“Winning the Current poll was truly a great honor for myself and a stimulus for my career,” said DJ Tone, still not knowing he had done it again in 2013. “In addition to the [People En Español’s] Texas DJ competition, [winning in 2012] changed a lot for me for the past year.”

“I would like San Antonio to know that everything that I try to accomplish is an honor,” he said, “from the great experience and feelings that I get while performing to the amazing people that I get to meet everyday. I enjoy every moment that I can from each show and I will continue trying to be the best DJ that I can be.”