Documentary by chef-filmmaker with San Antonio roots streaming on Amazon Prime, other services 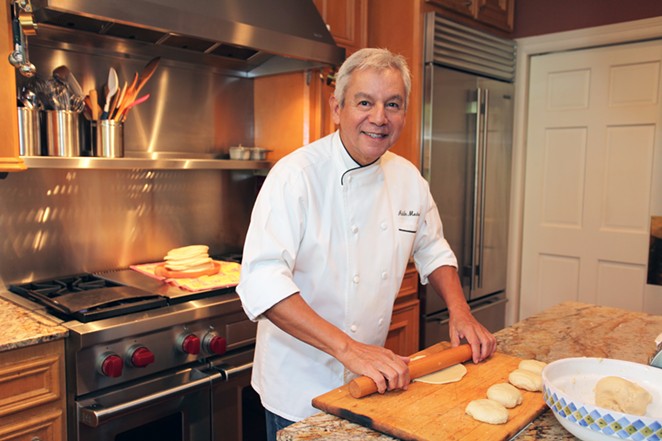 Chef, filmmaker and food writer Adán Medrano is sharing the stories behind Truly Texas Mexican cuisine via his 2021 documentary of the same name. The film is now available on streaming services including Amazon Prime.

The documentary follows Medrano as he explores the flavors, techniques and people at the center of the centuries-long evolution of indigenous Texas Mexican — not Tex-Mex, to be clear — cuisine.

“The Culinary Institute of America, they weren’t doing my food,” Medrano, an alum of both the CIA and UT-Austin, says in the trailer. “It just wasn’t there. It was invisible.”

Medrano grew up in San Antonio and Northern Mexico, where he developed his expertise in the flavor profiles and techniques of indigenous Texas Mexican food. He serves as executive producer of the 90-minute doc, which dives deep into the feminism, racism and indigenous identity of what has morphed into an Anglified perspective of what Texas Mexican cuisine really is.

“I’m often asked if I like Tex-Mex food, we never ate Tex-Mex food at home,” Medrano quips in the Truly Texas Mexican trailer. “Enough with the cheese!”

Medrano is founder of the San Antonio CineFestival and a Culinary Institute of America and University of Texas at Austin graduate. The documentary is the culmination of decades of his research and is endorsed by the Latino Center of The Smithsonian.

Medrano is also author of Truly Texas Mexican: A Native Culinary Heritage In Recipes and Don’t Count the Tortillas – The Art of Texas Mexican Cooking, with of which are peer-reviewed and published by Texas Tech University Press.