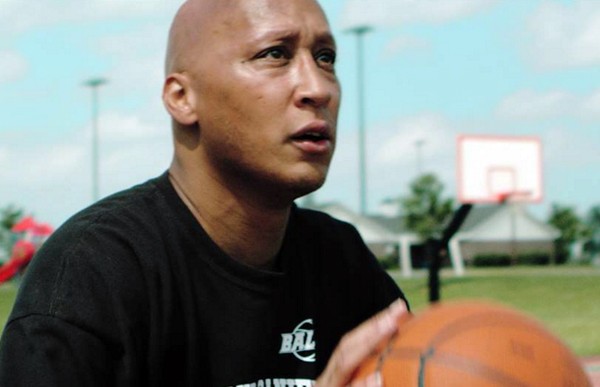 One of the most exciting young basketball prospects of the mid-80s, it was obvious to many onlookers that New York City playground sensation Lloyd Daniels was going to have a long and illustrious career as a professional ball player.

Drug addiction, however, derailed Daniels’ ability to prove the extent of his talent. Although he did play in the NBA for five seasons – his first two with the San Antonio Spurs – Daniels never achieved the level of success so many predicted for him early on.

In the documentary film The Legend of Swee’ Pea, director Benjamin May examines the turbulent life and career of the gifted shooting guard, from a 1987 drug arrest that disqualified him from playing for late coach Jerry Tarkanian at UNLV to a 1989 drug-related dispute that ended with Daniels being shot three times in the chest outside his home in Queens.

“Lloyd was one of these true prodigies coming out of New York in the 80s,” May told the Current during a phone interview last week. “I thought it was a fascinating story. To see him manifest in the NBA when he played with the Spurs was like seeing a living legend play.”

After short stints on other basketball leagues in the U.S. and overseas and going through a drug rehabilitation program, Daniels was signed as a free agent in 1992 by the Spurs, who had just named Tarkanian their new head coach after he resigned from UNLV.

“[Tark] heard I was doing real good and brought me into the [NBA] Summer League,” Daniels told the Current during a recent phone interview. “Before rookie camp started, we sat down and talked. They wanted the San Antonio media to get to know the real Lloyd Daniels and let people know what I’ve been through, instead of writing about the old shit. Even David Robinson didn’t like when they talked about the old Lloyd because he knew the real Lloyd.” 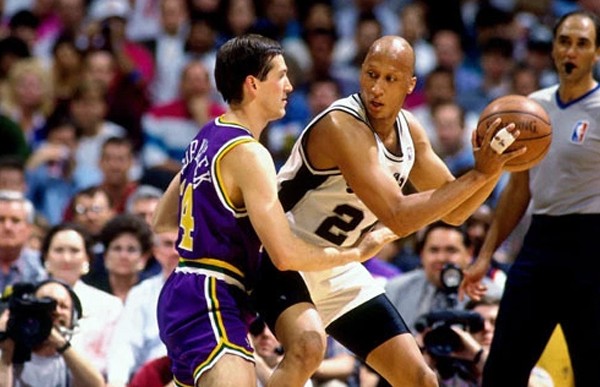 Spurs’ center Robinson and point guard Avery Johnson, who played with Daniels during his time in San Antonio, are interviewed in the documentary and asked about what kind of teammate and player they remember Daniels being.

Johnson remembers not being too impressed with Daniels when he first saw him, but soon realized the skills he had once they hit the court to compete during practice.

“He didn’t have a great body,” Johnson said in the documentary. “He wasn’t chiseled like Terry Cummings. He wasn’t dunking like Dominique [Wilkins] or Michael Jordan. I’m thinking, ‘What’s the big fuss about?’ Once we got into the scrimmaging part of practice, Lloyd would put on a show, and I would just go back to my room and say, ‘Wow! This guy can flat out play!’”

In the film, Johnson describes Daniels as “Tarkanian’s resurrection project.”
“He played with an extremely high amount of confidence because he was Tark’s guy,” Johnson said. “I just remember after every practice, Tark would always walk over to Lloyd and put his arm around him. He wanted Lloyd to shine.”

Tarkanian’s “resurrection project,” however, lasted for only 20 games into the 1992-93 NBA season. The former UNLV coach was fired from the team after going 9-11 and butting heads with then-Spurs owner Red McCombs and general manager Bob Bass.

“There were a couple of guys that stabbed coach [Tarkanian] in the back,” Daniels told the Current. “I don’t wanna name no names. I know it wasn’t David [Robinson], but there were a couple of players that felt like I was getting all the privilege. But I was busting their ass in practice every day. They were just jealous. But I don’t hold grudges. I forgive like Jesus Christ.”

Daniels finished his rookie season with the Spurs under the guidance of new coach John Lucas, who had helped Daniels years prior with his drug addiction, and averaged 9.1 points and 2.8 rebounds per game. He played one more year with the Spurs and would suit up in the final three years of his career for five different teams (Lakers, 76ers, Nets, Kings and Raptors).

“Off the court, all them [Spurs] guys, including Dennis Rodman, treated me like a human being,” Daniels said. “I had two great years in San Antonio. I had good teammates. I loved the fans there. Everywhere I went, they treated me like a superstar. Everybody was nice to Lloyd Daniels and I will never forget that.”

In the documentary, Robinson also remembered Daniels as a good teammate, but one that needed to be more “structured” and “disciplined” if he wanted to be the player everyone thought he could be. 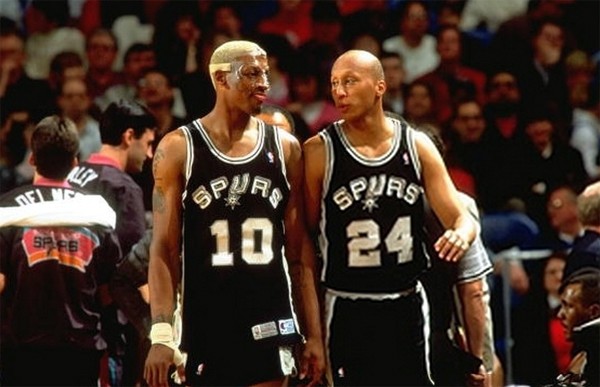 “He needed to be more open to teaching and more open to whatever we needed from him,” Robinson said. “I think a lot of guys who come into the league are too immature to understand that and Lloyd had that problem. Everyone could feel that disappointment when that potential was not reached.”

After spending three years with Daniels shooting The Legend of Swee’ Pea, May agrees Daniels could’ve have been one of the best if he had stayed on the straight and narrow early in life.

Despite coming up short in his basketball career, Daniels, who is now a youth basketball coach in the Jersey Shore, has no regrets and doesn’t like to ask himself, “What if?”

“I don’t look backwards, man,” Daniels said. “You can’t dwell on that. Everybody knows how great I could have been. People know I wasn’t no bum. We all have demons. Every day you wake up, you gotta thank God and work at life. I’m still alive, brotha.”

The Legend of Swee’ Pea screens at the 2016 San Antonio Film Festival on July 26 at 6pm at the Tobin Center for the Performing Arts. Tickets are $15. For more information, visit safilm.com.