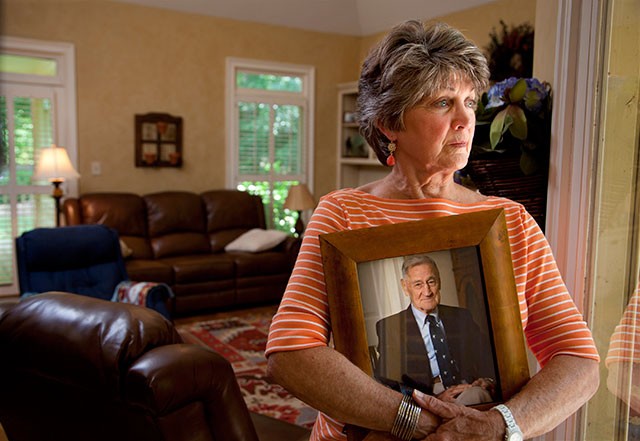 Moving Mom, Dad, Grandma or Grandpa into assisted living is already an agonizing choice. Wondering whether these unregulated facilities are in actuality neglectful hellholes that could end up killing them is even more excruciating. Yet that’s what a recent Frontline/ProPublica documentary forces us to confront. Life and Death in Assisted Living, which first aired on TV over the summer and will have an encore on PBS September 24 and DVD release on October 1, investigates one of the top assisted living providers in the country and finds it dreadfully lacking.

Take note that in theory an assisted living facility is quite different from a nursing home (called skilled nursing facilities in the industry). While nursing homes provide actual medical care (hence the “nursing”) on a continual basis and are subject to nearly 20 separate federal regulations as well as covered under state regulations for health facilities, assisted living companies are under much less scrutiny. For instance, in Texas, the health and safety code devotes 64 pages to convalescent and nursing homes. Assisted living code regulations are covered in 18 pages. Ostensibly, this is because the populations served are quite different: nursing home folks need constant access to healthcare and monitoring; assisted living residents just need more care and attention than they’re able to receive on their own or with family.

As Life and Death quickly points out, even the basic level of care isn’t afforded to some residents of Emeritus’ massive national chain of assisted living facilities. Emeritus, traded on the New York Stock Exchange, is so large that it has seven assisted living facilities in San Antonio alone. It’s also pretty pricey, families interviewed in the documentary quoted monthly rents of between $3,000-$5,5000 for their relatives staying in various Emeritus homes. Yet all that dough must go back to Emeritus’ revenue stream, which totaled $1.6 billion last year, because according to several families and former employees interviewed for this film, it’s not going to the residents.

Reporter A.C. Thompson walks viewers through interview after interview with mournful family members whose loved ones were seriously neglected while in Emeritus’ facilities across the country. Multiple sources reported that after only a few days of living in these seemingly lovely homes, their father or mother (usually) appeared soiled and unwashed, drugged, or had suffered a fall. All of these interviewees’ relatives died either while at Emeritus or shortly after leaving, and the documentary makes the case that each death resulted from improper care and lax standards at Emeritus. Examples include a woman in Austin who froze to death on Christmas Day. Another woman developed what the courts ruled were fatal bedsores in just 19 days. A man wandering through an unsupervised wing poisoned himself by drinking caustic dish washing liquid.

People vulnerable to developing bedsores, freezing to death and drinking toxic chemicals don’t sound like relatively hale folks enjoying their semiautonomous golden years. Indeed, Thompson and co. state that two-thirds of assisted living residents have dementia or Alzheimer’s. Therein lies the problem, according to many ex-employees who spoke to Thompson.

According to both salespeople and facility managers, Emeritus demanded that occupancy at its facilities be kept at 100 percent. But as one talking head notes in the film, most healthy elderly people don’t need assisted living. According to Life and Death, Emeritus solved the demand problem by going after a new customer base: those in need of its Memory Care service.

Catherine Hawes, an expert in aging and long-term care at Texas A&M, explains the strategy to Thompson thusly: “A) there’s demand, and you’re trying to keep occupancy up; and B) you get to charge more for Memory Care. I mean, all you’ve really done is created rooms around a courtyard.” As Hawes alludes to, Emeritus’ Memory Care basically consists of supposedly more-secure residence wings (although at least two deaths detract from that claim) and one eight-hour class for employees, many of whom are paid $10 an hour. Most disturbing is the alleged “backdoor policy” ex-employees say they were told to follow. “Keep the backdoor closed” in this case didn’t mean a basic safety measure, but an effort not to have residents move out, even to skilled nursing facilities if their health took a turn for the worse. This callous pursuit of profit is coming at the expense of increasingly confused, sick and vulnerable elderly whose families shell out upwards of $36,000 for their care.

Despite the deaths—and a hefty $23 million judgment in a suit that found Emeritus guilty of malice, oppression and fraud—Life and Death portrays the company as laughing all the way to the bank, with little fear of regulation. Reporters at ProPublica, however, are determined to be Emeritus’ killjoy. The unsettling documentary is just the tip of the iceberg; the non-profit journalism site continues to collect stories from assisted living employees and residents’ family members. If you’re considering assisted living as an option for a loved one, make sure to check out their helpful list of questions to ask when searching for facilities. They can’t all be this bad.

Life and Death in Assisted Living

9pm Tues, Sept 24 on KLRN
DVD out on Oct 1
ProPublica.org