Does Governor Greg Abbott Even Have A Clue How Transportation Works? 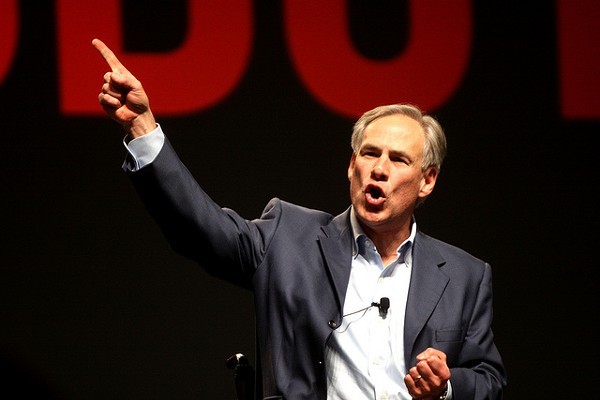 Even if Greg Abbott thinks that bullet trains in Texas are a complete waste of dough, it might be wise, in the future, to not actually say that out loud. Because when has a large-scale transportation project in Texas ever turned a profit?

“Because of the price of oil, we’re dealing with a little bit tighter budget, and so we just need to be responsible budget-wise,” said Abbott, who added, “It is important to be able to invest in anything that works, but when you invest, you don’t want to lose money. You’ve got to proceed with caution.”

Well, yeah. If another large-scale public transportation project weren’t already hemorrhaging or about to bleed out a ton of money, this wouldn’t be Texas. Or America. Or Planet Earth. And the English language might not have the lovely word "boondoggle" in its lexicon.

In 2011, the Austin-American Statesman found that the Austin area Central Texas Turnpike System (Texas 130, Loop 1 and Texas 45 North), constructed and currently operated by the Texas Department of Transportation, had hit a $100 million shortfall in debt repayments. As a result, TxDOT was forced to turn to state subsidies, such as gasoline taxes, to try to reel in some of the cascading debt.

As of September 30, 2016, Houston’s METRO system of light-rail trains and buses was buried in nearly $1.2 billion in debt, states METRO’s financial records. According to an April 2016 City of Houston-sponsored study, city officials were considering another bond referendum that would hoist more tax burden on local taxpayers.

And according to a TxDOT report released earlier this month, it would take $36.7 billion (that’s right, billion) to pay off the debt from Texas’ 53 toll roads and 28 financial tolling systems.

Whether it’s the proposed Texas Central High-Speed Railway (which would introduce bullet-train service between Dallas and Houston) or TxDOT’s Texas-Oklahoma Passenger Rail Study (there's talk of building an Interstate 35-hugging rail line from Laredo through Corpus Christi, San Antonio, Waco, the Dallas-Fort Worth area and up to Oklahoma City), it’s unlikely that revenue will outpace operating costs and debt repayment.

But at least with high-speed, electric-powered trains, air pollution will drop and water quality might also improve, proponents say. Unlike those yucky, ozone-layer-killing cars that drive Texas' toll roads, which (go figure) aren't making money for the state.