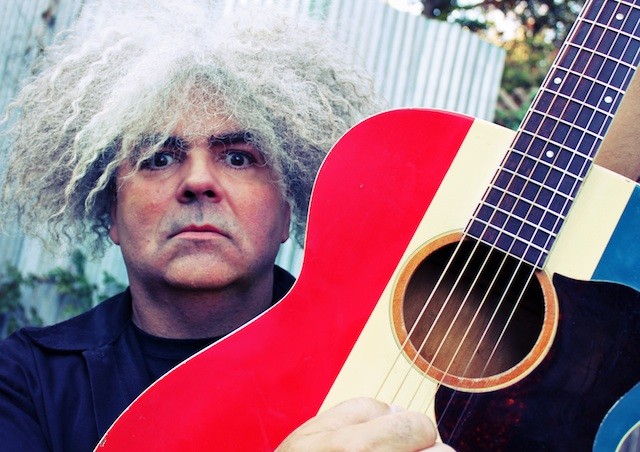 You’d be hard-pressed to find a harder working or more dynamic rock musician than Buzz Osborne of the groundbreaking experimental sludge-metal outfit Melvins. Since 1986, Melvins have put out more than 25 studio albums and EPs, touring with a seldom seen ferocity. Pioneers of grunge music, King Buzzo and co. left the genre for others to perfect as they pushed their own experiments into the nether realms of noise and drone.

Now, Osborne is on the road with a new solo collection entitled This Machine Kills Artists. The acoustic record, which still manages to display sludge-metal influence, brims with excellent material and represents something truly unprecedented for Osborne. The Current caught up with King Buzzo himself over the phone, and we talked about his legacy in rock, his restless prolificacy and his fresh approach for This Machine.

Where many musical acts seem to muster up an album every three or fours years, Osborne’s work ethic hearkens back to a time when artists worked more consistently to put out one or even two releases a year. In our conversation, it quickly became apparent that for Osborne, this approach is a forgone conclusion. “I am only prolific compared to other dumb musicians, not to the world,” Osborne claimed. “That’s important. You know, most people work 40 hours a week just to pay the bills.” He continued, “I think that musicians are just lazy. If these people would work even half as much time as normal people do, who just work to make a living. [...] Like, with 20 hours a week, they could get so much done. But that doesn’t happen because musicians are the laziest group of people you’re gonna find.”

When pressed about his own legacy in rock music and the way in which his enormous body of work will be remembered, Osborne didn’t mince words. “I couldn’t care less. Legacies don’t do much for you, you know. I guess it’s nice and gets people interested to some degree. But I am much more about what I have done lately.” Hastily, he added, “I’m a doer, not a looker.”

We agreed that, to a certain extent, legacy is probably “a discussion for lookers and not doers.”

Of his stellar new album, which will comprise about half of Monday’s show (to be supplemented by various Melvins selections), Osborne said: “I wanted to make a true acoustic album with nothing but guitar and vocals. [With this type of album] you are faced with not much to go on. The goal was to strip it down to next to nothing and make it work. On paper it doesn’t seem like it would work, but I think it does and so now my job is to go on the road and show people that I wasn’t nuts for this idea.”