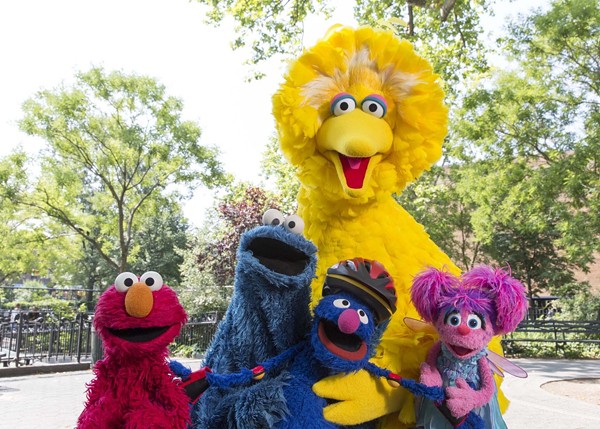 Sesame Street, a mainstay of public television since its debut in 1969, is moving to HBO.

The show's producer, Sesame Workshop, struck a deal to air its next five seasons on the premium cable channel, according to the New York Times. New episodes, which begin airing this fall, will also be available on HBO On Demand and its streaming services HBO Go and HBO Now. The deal allows Sesame Street to produce 35 episodes each season, an increase from its current 18.

The news comes a day after the public media publication Current announced PBS's decision to distribute only a half-hour version of the show this fall, dropping the regular hour long format. New Sesame Street episodes will air on public television stations, such as San Antonio's KLRN, nine months after they air on the subscription cable channel.

Sesame Street is what many Americans associate most with nonprofit public television, so many people weren't exactly tickled by Elmo and company's upcoming move. Twitter users accused Sesame Workshop of abandoning its longtime mission to provide free educational children's programming.

C is for capitalism.

Sesame Street to HBO feels like such a slight to the very children that need it most. A complete corruption of ideals.

Others made light of the situation, pointing out the cross-promotional opportunities.

"you know nothing jon elmo" pic.twitter.com/EcMoCkK7UV

But word of the deal caught employees at public television stations by surprise.

"We were blindsided," said Katrina Kehoe, vice president of marketing and communications for KLRN. "PBS has known this has been coming for a while, but we as stations did not."

PBS President and CEO Paula A. Kerger apologized to member stations during a system-wide conference call Thursday afternoon and reminded stations of Sesame Street's continued presence on public television, according to Kehoe.

Kehoe expressed disappointment about the HBO deal, noting that Sesame Street played a pivotal role in shaping what public television is today. The deal, however, was a financial necessity.

"They had to go the big money to be able to exist, or the reality was Sesame Street would end," Kehoe said.

Revenue from the HBO partnership enables Sesame Street to forgo its typical program fees, enabling PBS to distribute new episodes to stations for free after the nine-month blackout period.

"We're standing by our community. We are the television station that provides educational programming for the children. We will never veer from being free," she said.

The big news doesn't mean big changes at KLRN. Sesame Street is only part of its line-up. The station airs 56 total hours of educational children's programming each week. It's shows touch on a full range of academic areas, including literacy, mathematics and science. Two more children's programs will be added to KLRN this fall and winter. Nature Cat, premiering in November, will educate children, ages 3-8, on the outdoors. Ready, Jet, Go!, premiering in January, is a Jim Henson Company production focuses on astronomy, technology and scientific exploration.

Finally, we'll get the profanity, gritty realism, and graphic sex scenes this show has been missing. pic.twitter.com/nwA7Azutgd