Down to the Wire: Beto O’Rourke and Gina Ortiz Jones Remain the Underdogs, But Their Close Campaigns Suggest Texas' Politics Are Changing

Once the “sleeping giant” of Texas’ Latino vote fully awakens, the state will be shocked straight out of its deep-red hue.

Or so the wisdom goes.

But Beto O’Rourke’s scrappy U.S. Senate campaign may defy that adage, just as it has so many other conventions, experts say. Whether the El Paso Democrat ekes out a surprise win or a narrow loss, he’ll have pulled off that November miracle not just with the support of Hispanic voters but the state’s long-ignored millennials, moderates and suburban voters.

“Depending on the outcome of O’Rourke’s race — which is already kind of set in stone based on the enthusiasm and the turnout — you could see Texas become more of a purple state,” said Paul Stekler, a professor at the University of Texas’ LBJ School of Public Affairs. “It was always going to come, but until now, it was a question of whether it would be 2020, 2030 or 2040.”

To be sure, recent polls show Republican incumbent Ted Cruz ahead by single digits. But unless it’s an unexpected blowout, O’Rourke’s meteoric rise likely will have helped down-ballot races, singlehandedly rebuilt crumbling Democratic infrastructure and preserved him as a viable future candidate — perhaps even on the national stage.

Still, observers said they’re not ready to concede a Cruz win. Especially when polls notoriously undercount young voters, immigrants and other marginalized groups O’Rourke’s actively courted. Plus, given the almost evangelical enthusiasm of his voters, the last-minute upside is almost entirely his.

“Do I put a thumb on the scale for Cruz in this race? Absolutely,” said Jennifer Duffy, an editor with Cook Political Report, one of the most-watched barometers for U.S. races. “But, at the end of the day, it’s still close. This isn’t going to be an early call.”

A month ago, Duffy changed her rating on the race from “leans Republican” to “toss-up,” an alteration she still stands behind, especially with O’Rourke’s campaign flush with enough cash to keep his ads in constant TV rotation.

Conservative temperament aside, Democrats have long played against a stacked deck in Texas. A weak party structure, voter suppression and partisan gerrymandering would seem to form a near-impenetrable dam for any Blue Wave.

When O’Rourke announced his candidacy last year to choruses of “Who?”, it sure looked like Cruz had it in the bag. Even if he was charisma-challenged, he had all the name recognition in the world thanks to his presidential run — and, after all, this is Texas.

But like so many other races this midterm, this one emerged as a clear-cut referendum on the hyper-partisan, hyper-nasty Trump era. On one side stands an unabashedly progressive candidate with an aspirational, open-tent message, and on the other one of the most scathing partisans to ever fill a Senate seat.

That zeitgeist provided O’Rourke with a ready audience as his campaign zigzagged across all 254 Texas counties and helped fuel a social media phenomenon. Who among us hasn’t tuned in to at least one O’Rourke town hall via Facebook or wasted time at work watching him air drum to the Who’s “Baba O’Reilly.”

Anti-Trump sentiment also helped the campaign reel in record donations from across the country. Its last quarterly fundraising haul topped $38.1 million, most of it raised from small donors. And all of it, as O’Rourke likes to point out, without PAC contributions.

“It’s the negative coattails of this president,” said St. Mary’s University Political Science Professor Arturo Vega, explaining O’Rourke’s unexpected rise. “This race shouldn’t even have been close. He’s running against an incumbent Republican senator in a red state who had a lot of cash on hand.”

Garnering less national exposure but running similarly close is the fight for 23rd Congressional District, which includes Southwest San Antonio and a formidable stretch of the U.S. border running nearly to El Paso.

There, Republican incumbent Will Hurd, an ex-CIA agent, is squaring off against Democrat Gina Ortiz Jones, a former Air Force intelligence officer. Since winning the nomination, Jones has attacked Hurd most vigorously on healthcare, pointing out his eight separate votes to undo the Affordable Care Act before he finally broke with his party and opposed its ill-fated repeal and replace plan. 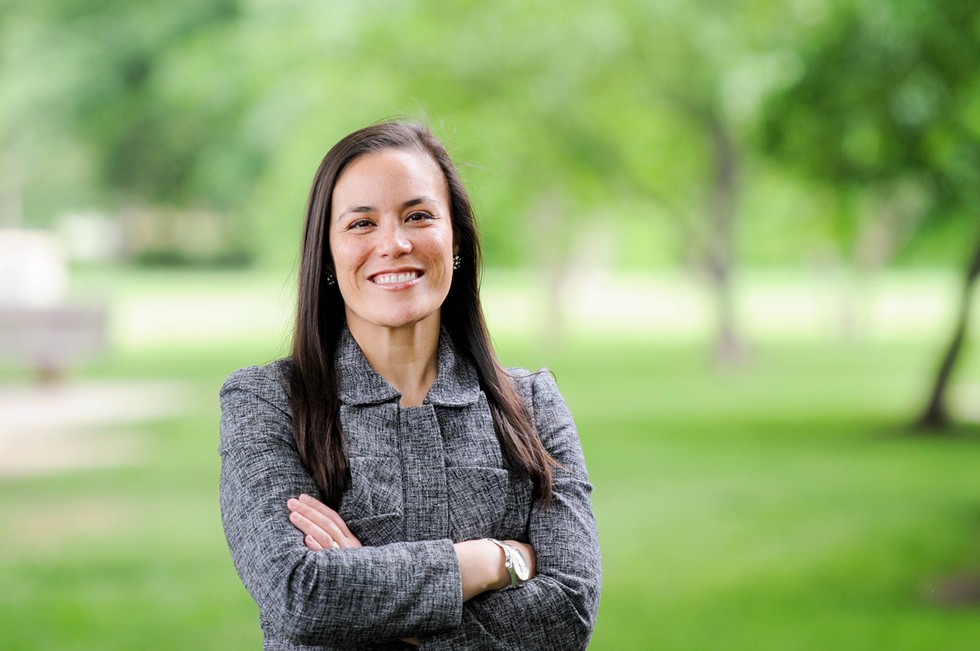 But Hurd, the first congressman to win re-election to the notoriously fickle district in eight years, has managed to distance himself from the president by blasting him over the border wall and family separation. Even though Hurd’s voting record swings considerably to the right of the purple district, he endeared himself by putting in the miles and holding regular Dairy Queen town halls.

“Hurd has done a decent job of calculating where he can distance himself from Trump while still towing the Republican line,” said Trinity University political science professor David Crockett.

Still, in other years, this could have been a phone-in for Hurd, especially against a newcomer like Jones. But she’s been an aggressive campaigner who’s been smart to focus on Hurd’s record. Not to mention, PACs have dumped millions into TV ads hoping for a win in what many considered the state’s most-flippable district.

Ultimately, the question comes down to whether Hurd’s personal popularity will trump his party affiliation and voting record, according to observers.

At the end of the day, the tightness of both races suggests a sizable share of Texans, whether they reside in the suburbs, border districts or near college campuses may be ready to defy decades of conservative dominance.

A recent Quinnipiac survey, for example, showed that 55 percent of Texans support stricter gun laws, 53 percent oppose a border wall and 79 percent think Dreamers, those undocumented immigrants brought here as children, should be permitted to stay and seek citizenship.

To be sure, if both O’Rourke and Jones — especially O’Rourke — are dealt bruising defeats, it will be a demoralizing setback for the state’s Democrats. But changing demographics and an energized electorate sure suggest the odds are against that scenario.

“The trend in Texas is always going to be toward a more purple state,” Stekler of the LBJ school said. “It’s a question of how soon we get there.”