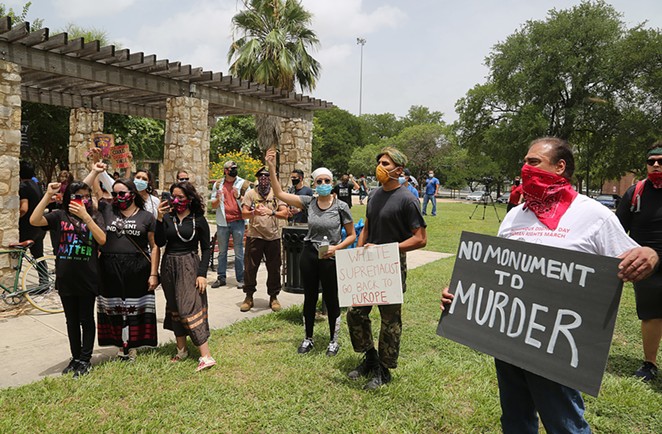 Marchers will gather at Columbus Park, where the city this summer took down a statue of explorer Christopher Columbus. Activists called for statue's removal  due to Columbus' history of slavery and oppression of indigenous people.