Hopscotch, the massive new art space slated to open in downtown San Antonio next month, has revealed the full list of participating artists as well as details on its food and beverage offerings.

The gallery's beverage offerings will also be integrated into the art experience. Hopscotch's bar menu will feature specialty cocktails, beer, wine and non-alcoholic beverages inspired by the space's installations, curated for the gallery with help from former Deep Eddy Vodka Hospitality Director Tracy Beacham. Beverages can be consumed in Hopscotch's lounge, which is open to the public, as well as throughout the gallery space. 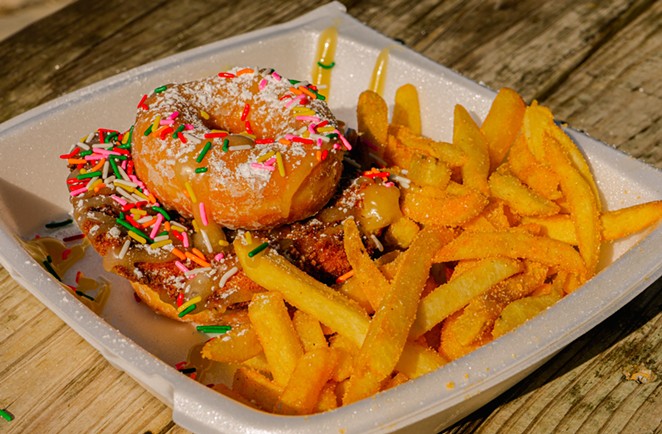 For those that work up an appetite at the space, Hopscotch partnered with San Antonio food truck Smack's Chicken Shack, which will relocate to the gallery's downtown patio. As part of the partnership, Smack's is introducing a #LetsHopscotch sandwich to its menu, "a decadent combination of fried chicken, powdered sugar, honey butter and donuts, that will only be served at Hopscotch," according to a press release.

“Having a career that has been rooted in hospitality and experience creation it was very important to me that the ‘Hopscotch Experience’ extend throughout every corner of the space so that every single detail was intentional,” Hopscotch Co-Founder Nicole Jensen said in a statement.

“We wanted to create a holistic environment where food, beverage and community were an integral part of the overall offering.”