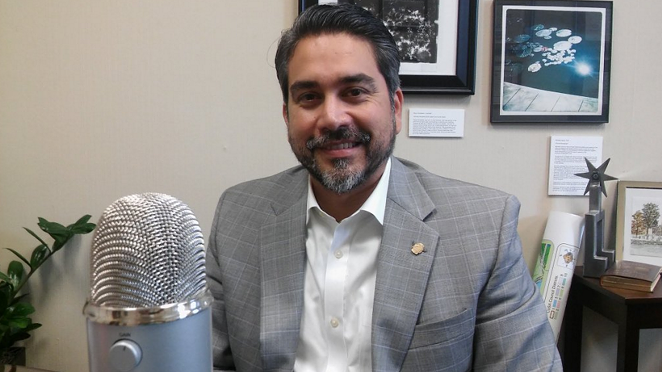 In a possible litmus test for Thursday's city council's decision on whether San Antonio will bid to host the 2020 Republican National Convention, District 1 Councilman Robert Treviño – who represents downtown – said he's firmly in the "no" camp.

That's important because Treviño's District 1 would be the biggest beneficiary of spending by delegates, media others drawn to the convention. The event would generate tens of millions of dollars in economic impact in a city where one in eight workers draws a hospitality-industry paycheck, proponents have argued.

But "the short-term economic gains from this convention don't outweigh the big-picture concerns," Treviño said. "Our priorities as a city are very clear. We're a compassionate, inclusive city with longstanding ties to Mexico."

You can guess Treviño's big sticking point: President Donald Trump. The councilman worries the convention will become yet another high-profile forum for the president's anti-immigrant, anti-Hispanic and anti-Mexico rhetoric.

So far, only Charlotte, N.C., has publicly bid on the convention, suggesting other cities are reticent to take on the expected $70 million in up-front expenses. Not to mention the image and public-safety risks that might come with hosting a Republican convention in the age of Trump.

Treviño said he's received a few emails from business groups advocating for a yes vote. However, the majority of the feedback he's gotten from constituents has been against the bid.

"I have confidence my colleagues will carefully think through all of the effects that this convention would bring, including the public safety risks," Treviño said.