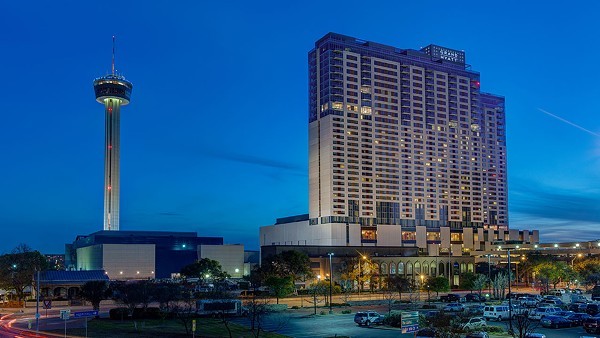 “Development” has long been a magic word for San Antonio.

Downtown business folks wanted “development,” so the city did things like expand the convention center, over and over. It also subsidized hotels. Lots and lots of hotels.

Then Mayor Julián Castro gave us the “Decade of Downtown,” which included lots of heavily incentivized apartments and condos at prices only some San Antonians could actually afford.

Naturally, if there was going to be “development” downtown, city leaders deemed that it should also spread to the East Side. They sold the idea that public investment in St. Paul Square would “develop” that long-overlooked part of the city. Then they promised that the Sunset Station project and the Alamodome would “develop” the East Side even more.

For all San Antonio’s obsession with subsidizing such projects, the promised “development” never quite materializes. Or when it does, it comes with some cost — a downside that, somehow, no one predicted.

The latter has certainly been the case with the city-owned Grand Hyatt hotel, the subject of a recent report by bond rating agency Moody’s Investors Service.

Since the mid-1990s, city staff and consultants argued that what San Antonio desperately needed to go along with its then-expanding Henry B. Gonzalez Convention Center was a new hotel. And not just any new hotel: a big one. A thousand rooms, maybe even 1,200, would do nicely.

At first, the deal for the hotel was only going to require a little bit of public subsidy. The public funding would be less than other cities doled out for their new convention center hotels, then-Economic Development Director Clint Bolden promised in 1997.

But as the years went on, the hotel deal stalled and ultimately fizzled. And that little subsidy kept growing. Then in 2004, armed with a consultant study from HVS International that forecast the new hotel would bring a steep increase in convention attendance, the city put out a new request to developers.

That 2004 request for proposals said the city’s “preference is for private ownership of the Hotel.” Then, in all capital letters, it spelled out, “THE CITY’S GOAL IS TO CONSERVE ITS FINANCIAL RESOURCES.” That, naturally, was to “minimize financial risk.”

But, in the end, San Antonio did nothing of the sort. City staff promised the hotel deal was a great one, and that the promise of backing the bonds used to fund its construction with the 2% citywide hotel tax was just a formality.

Members of city council, with the notable exception of Patti Radle, questioned neither the staff’s conclusions nor the consultant’s numbers. That kind of scrutiny would have come in handy, because things didn’t exactly work out the way they were supposed to.

The Grand Hyatt opened in early 2008, just in time for the recession to clobber the national convention business. Its performance never met the forecasts, while keeping occupancy and average rates down at other large downtown hotels for almost a decade.

And then came the pandemic. The convention business evaporated and the fortunes of convention center hotels like the Grand Hyatt nosedived. The city was forced to use its cash reserves to make the debt payments in July 2020 and January 2021.

Moody’s Investors Service recently downgraded the hotel bonds, even considering them for a possible further downgrade. Noting that the city may need to further draw on reserved funds to make the debt payment next month, the agency described a “lack of robust planning for multiple alternatives in response to the coronavirus pandemic.”

Just last week, Moody’s offered a “negative outlook” for the future, noting a “potential for a prolonged impact of consumer patterns post-pandemic.”

Unlike a host of San Antonio’s other failed public investments that were either bulldozed, like the Fiesta Plaza shopping mall, or converted into something else — the Frank Wing Municipal Courthouse from a Control Data plant or the Centro de Artes from the Museo Alameda — the Grand Hyatt is going to be around as a hotel for years to come.

It will continue to check in guests as we wait for the boom in convention business that we were promised in 1997, and again in 2004.

It’s time for this community and its elected officials to realize that not all “development” is a positive. We also must understand that not all consultant studies are reliable forecasts of the future and not all reassurances from city staff are credible.

If a big project needs a big public subsidy to get off the ground, it may just not be sensible.