Drink Like A Boss: Presidential Cocktails For Presidents Day 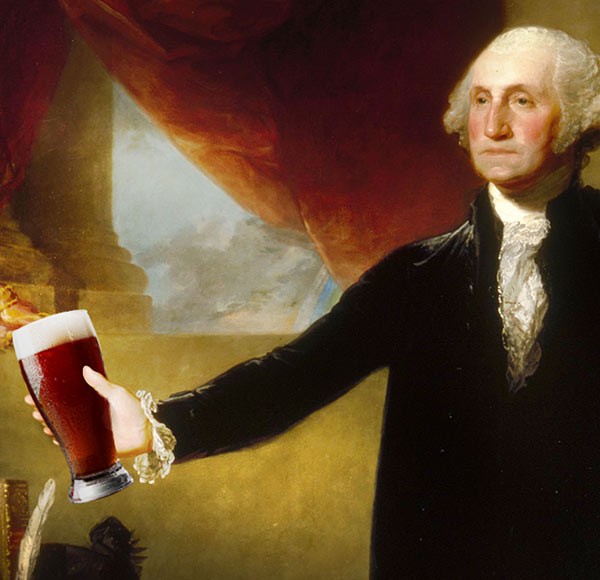 This post was originally published by the Orlando Weekly.

When I heard an interview with Brian Abrams, author of Party Like a President: True Tales of Inebriation, Lechery and Mischief from the Oval Office this morning on the radio, the penny finally dropped: I realized all those puzzling references to three-day weekends I kept hearing were because today is Presidents Day and some people actually get that day off work. WHATEVER not jealous at all, but it did make me think, hey, today's cocktail could hew to a theme, if you like that sort of thing.

If you are actually at home, feel free to start mixing now (WHATEVER not jealous at all). Otherwise, the rest of us will consider this a guide for some after-work fun. Unlike your mailman, your liquor store doesn't take today off.

First up, in all ways: George Washington, first president of the United States, was also a very good customer of Laird's, the first licensed distiller in the United States. Laird's Applejack is great sipped on its own, but I've also used it in this Remix of the hot toddy, a warming drink will not go amiss in our current chilly temps.

Skipping way ahead: President George W. Bush was reported to be clean & sober while he was in the White House, unlike in his youth. Not judging; it's his own business whether he was or wasn't (in other words: off my back, W lovers – I'm not attacking the guy) but – remember that "choked on a pretzel" incident, when he passed out while watching a football game? There were plenty of whispers that it was more of a "choked on some tequila" moment; his fondness for tequila in his pre-dry days was well-documented.

So here's a cocktail for Dubya – my Remixed margarita with grilled pineapple, muddled cilantro and Serrano chili has enough going on that it's almost as good minus the tequila. (Almost.)

And President Obama took a bit of heat for drinking beer on live TV earlier this year in a pre-Super Bowl interview on NBC. Which is basically ridiculous, because – leaving politics out of it, please – I think it's pretty awesome what this administration has done with their kitchen and gardening initiatives. Not only do they brew their own beer, they also keep beehives and harvest their own honey. It's probably a bit sweet for our Commander-in-Chief, but I nominate my Remix of the Bee's Knees, a classic Jazz Age cocktail, for presidential quaffing: This version adds beer to the honey, making it a White House natural.

I'll keep digging in hopes of finding more prezzy drinking habits; I live in hope that Lincoln's favorite tipple will be revealed before next year's Presidents Day, because I've got a glass shaped like a top hat that doesn't see nearly enough use. Chin chin!