San Antonio Will Be Featured On ABC's 'The Bachelorette'

San Antonio is the nation's second most romantic city, so it's about time that the reality dating series The Bachelor's spin-off The Bachelorette took its thirsty-for-love contestants to the Alamo City. So if you haven't looked at spoilers courtesy of Bachelor/Bachelorette guru Reality Steve, you're ready for a few surprises on Week 5: San Antonio.

The episode will feature SA landmarks such as the Botanical Garden, the Alamo, the River Walk, La Villita, Christ Church Cathedral and the Majestic Theatre. Also, there will be a surprise appearance from Sebastian de la Cruz, the young mariachi singer who sang the national anthem at the spurs game to much controversy.

Landmark live music mecca Gruene Hall (who just celebrated their 40-year anniversary) will serve as the location of one of the dates in the episode, further adding to its legend and history. Seriously, The Bachelorette is a big deal and ratings goldmine. 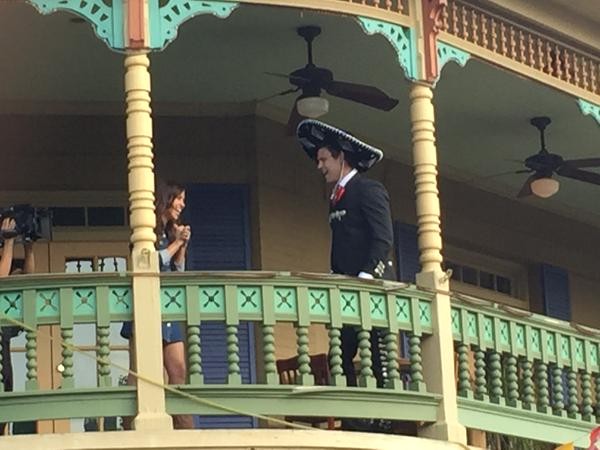 The show itself is basically a classy Tinder app on a major scale of grand proportions. Instead of the typical scenario of women fighting for the love of one man, the tables are turned and it will be full-grown men vying for Canadian dance Instructor Kaitlyn Bristowe's affections, after she was sent home by season 19's farmer heartthrob Chris Soules.

Being a hunk and looking smokin' hot in a Speedo is a requirement for contestants, so much so that there was an infamous (and obviously staged) "bromance" between two of the suitors.

But really, isn't the newly single host and last-rose-announcer Chris Harrison the most eligible bachelor of them all? He had me at "take your time, this is the final rose of the night."

The San Antonio episode of The Bachelorette will air Monday, June 15 at 7pm on ABC.