Dude Band: San Francisco's Whirr Doesn't Care About Genre – Or Much Else, For That Matter 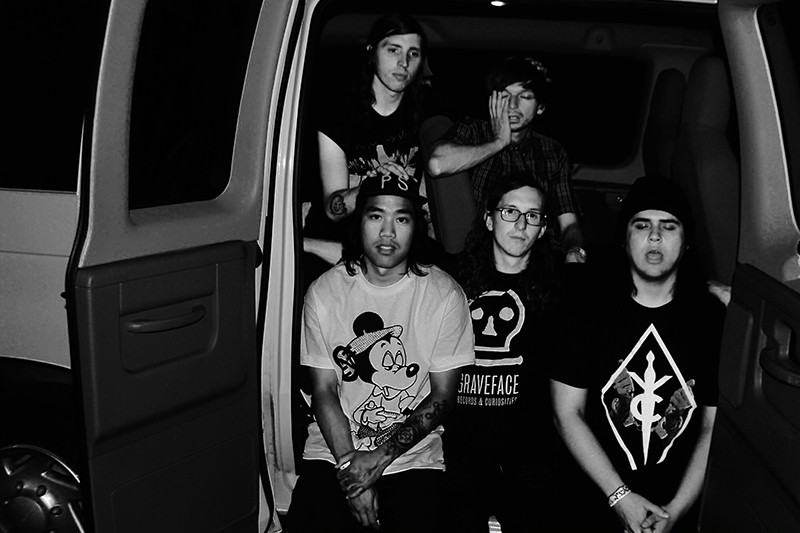 Whirr is angry and doing something about it. The Bay area rock act released its monolithic sophomore album Sway last year and has hit its sonic stride with a sound that seems too preposterously heavy for shoegaze, yet too aqueous and melodic for metal.

With a hyper-NGAF attitude that seems to mirror the supremely satisfying, directionless angst of the group's music, band members, particularly ringleader Nick Bassett, have garnered a reputation for antagonizing media and fans alike.

Bassett, who spoke with the San Antonio Current last week over the phone, maintains that this antagonism is a result of "people taking themselves too seriously."

Bassett continued: "Like, just quit being so serious and have fun. I could care less what the media thinks of the band; I just read the reviews to give me something to fuck with people about."

With last year's output, including Sway and an excellent split with Nothing, Bassett's side project, Whirr has taken the raw materials of its powerful, if spotty debut — 2012's Pipe Dreams — and worked them into a uniquely unhinged brand of shoegaze fury. For his part, Bassett, ever the diplomat, is pretty clear on how the group has improved its sound.

"We kicked out everybody that sucked and the hits started coming out," he said. Touché.

Whatever the reason behind the group's marked growth, it is clear that this is an act best experienced live, where vocals are (even more) inaudible and the riffs just run right through you.

"If you've heard our records, you know what we will sound like live," Bassett said. "We go for the vibe more than the song when we play."

Commenting on the drowned lyrics of Whirr's dense compositions, Bassett explained that lyrics are actually of little importance to him.

He views his voice as just another instrument and insists that we should eschew scrutinizing the lyrics for deeper meaning because "it's all about the riffs." Instead, Bassett recommends we "smoke some bud and make up [our] own lyrics."

When I broach the subject of genre, wondering if Bassett thinks that shoegaze is something of an ill fit for his music, I'm not surprised by his deadpan response.