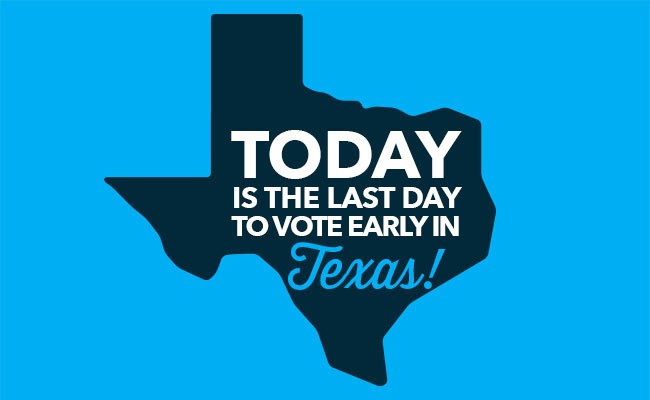 Want to avoid the Super Tuesday rush to vote? Today's your last chance.

So far, 37,245 Democrats have cast early votes compared to Bexar County Republicans, who have cast 42,325 votes.

Next Tuesday, March 1, is the primary election.

Just a heads up, VIA Metropolitan Transit is offering complimentary bus rides to polling stations. All you have to do is show valid voter registration to the bus operator. There's more info on that here.

Oh, and by the way, after you've fulfilled your civic duty, maybe consider heading over to The General Public (17619 La Cantera Pkwy., #102) for a boozy presidential candidate-themed cocktail contest. Each themed cocktail will be a vote that will be tallied in real time on a chalkboard.