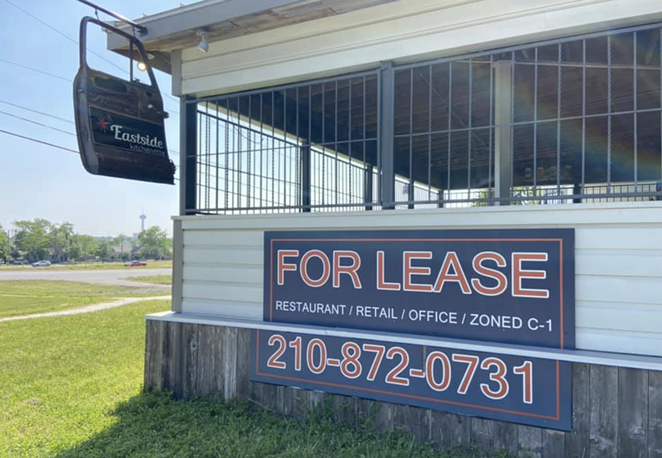 “As you know the restaurant industry has been hit hard by the effects of COVID-19 not only in our San Antonio community but nationwide,” read a March 25 post on Eastside Kitchenette's Facebook page.

“It is with a heavy heart that we have come to the tough decision to suspend all services at Eastside Kitchenette until further notice… Please check back to our Instagram for updates… Till next time.”

Last week, however, the Government Hill hotspot was officially listed for lease, dashing any hope of the Southern-style restaurant’s return.

Douglas tended bar at the popular eatery, and was excited at the prospect of becoming a manager there.

“I really enjoyed it there, and that place had so much potential,” she added. “It's like they just gave up.”

The building's owner, JD Ibarra, said he worked on the East Side for 11 years and lamented the lack of good food along the Interstate 35 corridor.

“I dreamed of owning the place for eight years before being able to actually buy it," he said. "It’s been a wild blessing, and it’s very sad Eastside Kitchenette had to close.”