Eat me: an invitation to a zombie 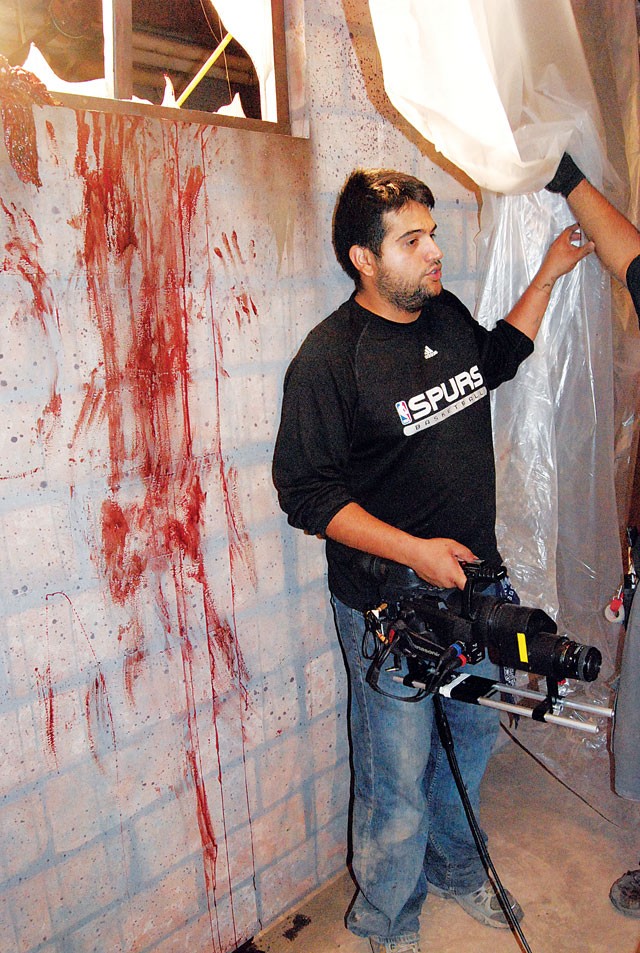 Local filmmaker Daniel Maldonado, 31, says that while he’s not a zombie aficionado, he has seen enough ’80s zombie cult classics and played enough Resident Evil to know in advance he could handle directing the walking dead in his first feature The Killing Strain, an independent horror film shot in south San Antonio in 2009.

Premiering at the Los Angeles Scream Fest last October, The Killing Strain had a local theatrical release this summer. In August, the film was released on DVD exclusively in the U.K.

What would you consider the best kind of zombie kill?

Complete annihilation. I’d like to see someone put dynamite in a zombie’s mouth and watch it blow up.

If you got bit by a zombie, would you let people know or would you hide it?

I’d probably hide it. And if anyone found out, I’d bite them so they’d have the same secret.

If someone you loved turned into a zombie, could you bring yourself to shoot them in the head?

Probably not. I’d just end up letting them eat me.

How would you survive a zombie attack in San Antonio?

I’d round up all my hunting buddies and create a fort and defend it like the Alamo.

Let’s say the zombies got the best of you. How would you like to die?

By putting as much C4 as I could in my flight jacket and taking out as many of them as I could.

I don’t like bad zombie movies. I hope mine doesn’t fall under that category.

What’s the big difference between a typical zombie and one from South Texas?

South Texas zombies are a little more ruthless because they have Mexican blood in them.