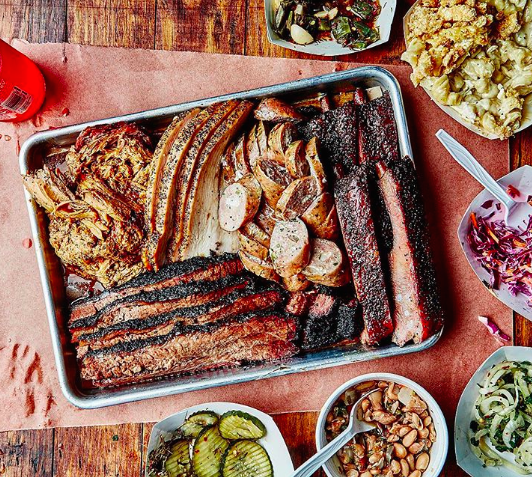 While 2M Smokehouse is a favorite among locals, the East Side eatery has also grabbed the attention of national foodies.

Eater Restaurant Editor Bill Addison included San Antonio's own 2M on his recent roundup of up the 38 best restaurants in the country.

The finished list came after Addison spent 34 weeks on the road, eating almost 600 meals in 36 cities. He scoped out restaurants with a buzz, those catering to emerging trends and featuring up-and-coming chefs. His travels brought him to 2M, which he called a "barbecue upstart ushering Mexican flavors to the forefront."

Led by pitmaster Esaul Ramos, 2M was one of 17 newcomers to the annual list, with Austin's Franklin Barbecue placing in the Eater 38 list five consecutive times.

Here's what Addison had to say about 2M:


In an ever-more-crowded genre, pitmaster Esaul Ramos and fellow San Antonian Joe Melig transcend the Texas smoked-meats melee by also serving a frictionless combination of dishes that express their Mexican-American heritage. The uniformly blackened, near-custardy brisket rivals the efforts of the Austin superstars; chopped poblanos and blots of queso Oaxaca punctuate their stellar pork sausage. Fold them into speckled flour tortillas, topped with pickled nopales and interspersed with forkfuls of borracho beans and “Chicharoni Macaroni” (mac and cheese dusted with fried pork skins). This is how the leading edge of Lone Star barbecue looks, smells, and tastes.