by Chris Conde and Abby Mangel

Do you like shredding guitars and epic orchestral movements with angelic choirs singing while flames ignite a stage? Do you love Christmas? Do you think it would be cool to see all of this packed into an explosive night of metal and holiday cheer? Then this show is most definitely for you.  With their headbanging rendition of “Carol of The Bells” and other aggressive covers of  holiday songs, Trans Siberian Orchestra has been spreading their love for epic Christmas movements since the late 90’s and are coming to town to remind us that tinsel isn’t the only thing metal about Christmas. 8pm, $44.75-$75, ATT Center —Chris Conde

Fresh off a six week tour in support of a brand new EP Death to Our Death, desert rockers Lonely Horse gear up to kick it holiday style at Paper Tiger. Tasked with playing holiday songs in their own particular style, SATX artists/bands/songwriters Carly Garza, Jeannette Muniz, Christine Roberts and Roland Cruz, Garrett Capps, Micro Missile Attack, Flower Jesus Quintet and Fishermen join Lonely Horse at the Paper Tiger to bring all the indie rock holiday cheer our Texas hearts can hold. If you’re in the mood to experience some holiday festivities, while supporting the local indie community this show is all you boo. 7pm, $5 suggested donation, Paper Tiger, 2410 N. St. Mary’s — CC 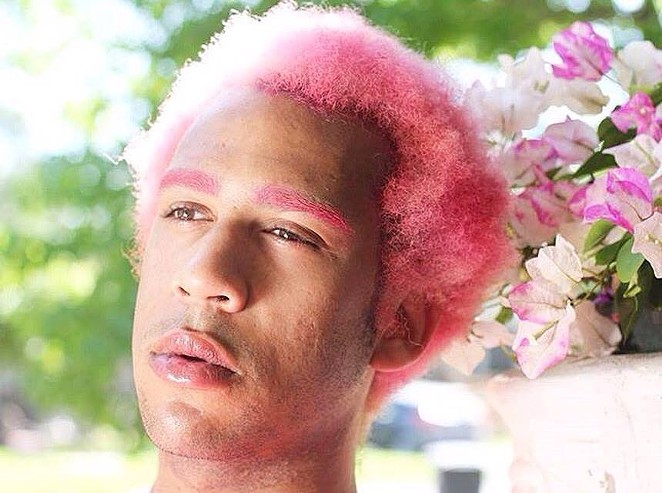 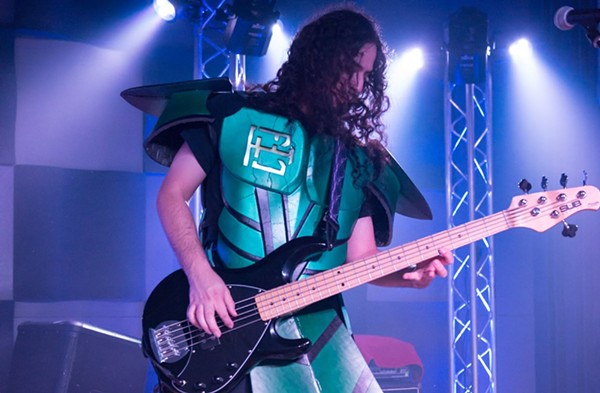 The first documented band to cover a song from a video game was an all female indie band called Autoclave with their cover of of theme song from the 1985 video game Paperboy (the hardest fucking game ever tbh).  Since Autoclave, a plethora of artists have emerged covering songs from video games, giving rise to the genre Nintendocore (or Nerdcore for hip hop artists). With an EP underneath their video game controller belt buckles and a full-length album due next Spring, Bitforce delivers super-charged metal inspired by your favorite gaming classics like their shredding cover of Pokemon theme song “Pocket Monsters”. So cash in those extra points and level up bro. Bitforce is the hidden key to beating the boss and saving the princess. With Tera Ferna, Sono, 9pm, $5-$8, Limelight, 2718 N. St. Mary’s — CC

What’s up with John Hughes centering his movies around privileged white american suburbia? Amiright? Falling down a rabbit hole of 80’s movies recently, I started to notice similar themes: anxious white wealthy teenagers, unavailable parents, and radical soundtracks that really gave these films life.  While Kevin Mccallister (played by Macaulay Culkin) is just a kid in the movie, Home Alone manages to fit all of these components, including a bad-ass soundtrack scored by Star Wars composer John Williams.  For two nights, our very own SA Symphony will be serving us memories while they play songs from a movie that hit theaters 26 years ago. 7pm, $26.75, Majestic, 224 E. Houston St, Empire Theater, 226 N. St. Mary’s — CC


After establishing separate successful side projects as the Riot Grrrl band Fea, and indie rock band Nina Diaz, hometown heroes, Girl in a Coma come together for their first show as a band in five years.   After landing a spot on Joan Jett’s Blackheart Records label and finishing a tour opening for Morrissey, Girl in a Coma positioned themselves to gain noticeability in the national and international arenas. But seriously, what more can we say about Phanie Diaz, Jen Alva and Nina Diaz that hasn’t been said already? They’re badass musicians and they continue to write dope music. The girls are coming together for a night of memories, so if you’re a fan, peep that shit. 8pm, $16-$20, 502 Bar, 502 Embassy Oaks #138 — CC


If you’ve never seen Six String Samurai, you’re definitely missing out an B movie American classic.  Released in ‘98, the story follows “Buddy” (a parody of Buddy Holly), a lone swordsmen and guitar player who battles his way  through a post apocalyptic wasteland to Lost Vegas (Las Vegas obvs) where, at the end, Buddy must defeat the evil Death played by a parody of Slash from Guns n Roses. Anyway, the soundtrack is littered with Rockabilly and Psychobilly (a surfier, fast-tempo version of its standard counterpart) and makes the whole movie amazing and ridiculous. I guess what I’m trying to say is Rockabilly is awesome and the band The Georges are keeping the spirit of Rockabilly alive here in San Marcos and San Antonio.  So bust out those cowboy boots and grease up that pompadour cuz The Georges are gearing up to deliver a perfect blend of blues and country music. 7pm, $10, Sam’s Burger Joint, 330 E. Grayson St.— CC

Say-eyed Johnnie Sunday knows a thing or two about ugly sweaters. His writing often feels like the familiar fabric of a castoff sweater, worn thin from long months spent lost in thought. The singer-songwriter is celebrating his birthday – born on the day after X-mass, Sunday seems like the middle child of the local indie scene – with a lineup of his fellow guitar-wielding sad boys, including acoustic punk rocker Jacob Andrew and the Frog & Bandit, Sunday’s own slacker rock project. Geared toward former teenage scumbags who really dug Radiohead’s The Bends, it’s the ideal show for people who care a lot about music and would like to forget everything else as another year ends. An added bonus? Discounted tickets are available for patrons who arrive in holiday swag or bring a can of nonperishable food to donate. 6pm, $5-10, The Korova, 107 E. Martin — AM