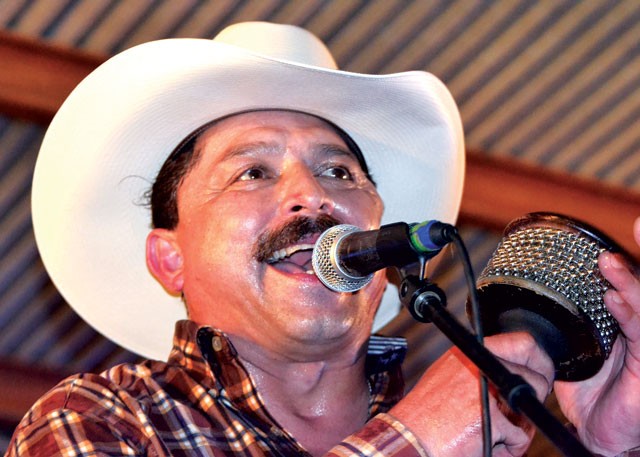 The man known as Emilio will be 50 on August 23 ("I'll be 50, dude!"), but it's a celebration he nearly missed. Back on March 23, 2008, he crashed his band's tour bus outside Houston, shooting 30 feet past the windshield and hitting his head on the pavement. He was in a coma for days and, at one point, doctors gave him only a 30 percent chance of pulling through. Emilio, who wasn't licensed to drive the bus, underwent five brain surgeries to relieve pressure in his skull and eventually pleaded guilty to DWI charges (he had a 0.19 blood alcohol level, more than twice the legal limit in Texas). He was sentenced to three days in jail and 27 days of house arrest.

"I thought my career was over," he told the Current on the phone from Monterrey, Mexico. "After I recovered, I had a tough time learning new songs."

Yet, he returned to the stage in April 2010 to sing at a fundraiser at the Pearl and gradually put his band back together. However, most of his occasional performances have been in Mexico. "I play a lot in Mexico because Mexico loves me," he said. "But on this side, Tejano is kind of down, slow. That's scary."

He performed at the TMA in 2011, but this is the big one for him: he'll perform two of his classics (including "Juntos") on the night that the TMA returns to its original home at the Illusions Theater of the Alamodome. Absent will be brother Raúl Navaira, his long-time sidekick onstage who, after the accident, went on with his own solo career and now hosts a show at KEDA Radio Jalapeño.

"I miss him, man," he said, his voice growing quiet momentarily. "He has a different life now. He doesn't sing with me anymore. He's a DJ now, it's really weird. But I'm getting used to it. When I got sick he had to keep working, and I understand. One has to live, you know?"

His first album in almost six years (mostly covers or originals written for him) doesn't have a title yet but Emilio is anxious to put it out. "Hopefully within a month," he said. "I can't wait to put my album out to get things going again."

For the big question, I demand: does he still drink?

"I drink, yes, but not as much as I used to," he admits, his voice trying to control a nervous laugh. "I take care of myself now."

I encourage him not drive a car anytime soon.