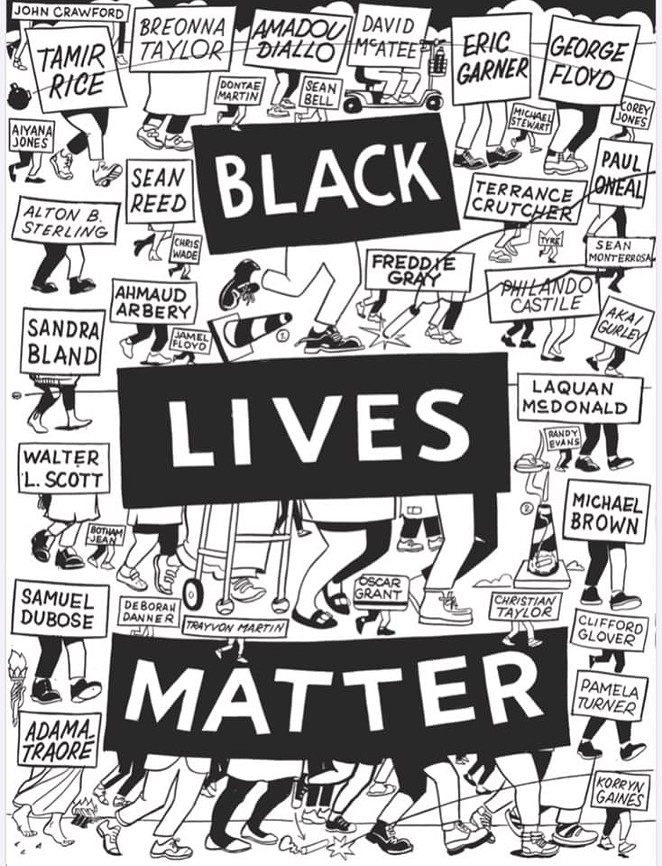 A homegrown hybrid described as a “cultural arts social enterprise,” La Printería fits squarely into this equation. Founded by Harvey Mireles in 2016, the Westside organization has recently ventured beyond its core mission of promoting and preserving Chicano arts and culture through printmaking to make a difference amid the Black Lives Matter movement.

To grasp La Printería’s perspective, it helps to know a bit about Mireles, a retired Air Force veteran who’s worked extensively in the city’s nonprofit sector — including stints at Haven for Hope and San Anto Cultural Arts (SACA). While serving as executive director at SACA, Mireles hoped to bring a printmaking component to the Westside nonprofit — best recognized for its community mural program — but he couldn’t sell the concept to the board and ultimately resigned.

“With my wife’s support, I started pursuing printmaking,” Mireles explained. “I didn’t know very much about it actually. … I just knew that it was something that needed to happen. … I was practicing out of a studio I built in my backyard [when] I got a call from the Westside Development Corporation.”

That pivotal call set the wheels in motion for Mireles to build a printmaking program at the Westside Educational Training Center (WETC), a former middle school now functioning as a workforce development arm of Alamo Colleges.

“I went and visited and got grilled [by] numerous committees and boards,” he said. “They finally all started nodding in the same direction and said, ‘OK, we want to have La Printería here on the campus.’”

Opened in 2016 in a gymnasium Mireles outfitted with printmaking equipment (“I’m kind of an equipment hoarder,” he confessed), La Printería is multifaceted.

Mireles has led workshops for thousands of aspiring printmakers and collaborated with established local artists on prints he sells on La Printería’s website. Arguably, his favorite aspect of the job is teaching printmaking to at-risk and inner-city youth — but La Printería’s educational outreach is on hold due to COVID-19.

“I should’ve been working with San Antonio Housing Authority students right now,” Mireles said. “[Those kids] live in the most impoverished homes in the city of San Antonio. I miss that greatly. I was born and lived in public housing when I was a toddler, [so] I can appreciate what it’s like.”

Pandemic aside, La Printería is far from dormant. Highlighted on the organization’s Facebook page, its recent projects lean toward social justice issues — including services donated to a memorial for slain Army soldier Vanessa Guillen; the printing and distribution of free Black Lives Matter prints by Chicago artist Carlos Barberena and New York artist Stephen Powers; and a Black Lives Matter print by local artist Hector Garza, proceeds from which benefit the nonprofit San Antonio for Growth of the Eastside (SAGE).

How did the Stephen Powers project come about?

There’s a group called Lady Lazarus out of Houston. … I started communicating with them and we talked about Stephen Powers’ initiative to [share his Black Lives Matter print with] the world. … I finally got my hands on [the artwork], and I called a few people — artists and activists and educators. There was no shortage of volunteers. They showed up and sought donations from Speedball [and] Clampitt Paper, and Commissioner Justin Rodriguez contributed $500 for materials. … We took two days to print about 1,600 to 1,800 prints. I think we finished about 800 that first day and they were gone almost immediately.

How did you distribute them?

When you start looking at the arts community or the activist community, we’re intertwined. We all know each other, we all support each other. … So, we emailed plenty of nonprofits and organizations and community leaders. … And then I saw the Carlos Barberena print … and Carlos was doing the same thing. There are numerous artists out there who have stepped up and created something to be distributed free. I’ve always enjoyed Carlos’ work, and here I was going to have an opportunity to print something creative by Carlos, which was really important to me and an honor — especially for such a cause. … We printed about 250 of those prints. Since we didn’t have as many, we wanted to be more deliberate [about] getting them out there, making sure they were going in storefronts … and not just being hung on somebody’s wall — at least not right away.

Have you always been involved in social justice causes?

I think I’ve always been conscious and I’ve always been involved in Latino issues. I’ve always been very [involved in] our community, especially the education and success of our Chicanitos in the Westside. … I remember Rodney King. … There are still, obviously, many other incidents. But, obviously, George Floyd just kind of ignited and it was like, enough is enough. … I [created] La Printería to promote primarily Chicano art and culture. … But there was no doubt that I had to do something as well. … So, I think through supporting the BLM movement I am making a statement about social justice in general, which goes back to my mission.

And also having the facility to print multiples.

Exactly. That is what I was there for, and I had to do something. So, I’m going to continue to do that and … start to seek other instances where we can make a difference, where we can contribute to these social causes.