Enjoy a Free Outdoor Screening of Pete's Dragon This Saturday 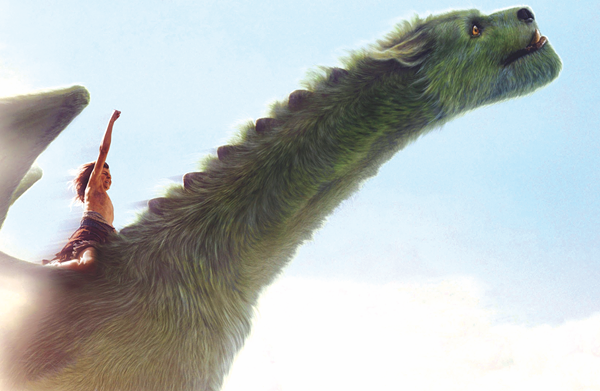 Before filmmaker David Lowery put actor Casey Affleck under a white bed sheet and waxed philosophical earlier this year in A Ghost Story, a film featuring a scene where actress Rooney Mara eats an entire chocolate cream pie for five whole minutes (no, seriously), the Milwaukee-born director/writer was given the opportunity to create his own version of Pete’s Dragon, which Disney first produced for the big screen in 1977 as a live-action/animated musical.

Lowery’s 2016 reboot is charming enough and shows audiences that updating Disney fairytales is working for the most part – Cinderella, The Jungle Book, yes; Beauty and the Beast, no. Disney will continue with the live-action remakes when Dumbo, Aladdin, The Lion King, The Little Mermaid and others are soon repackaged.

Until then, a screening of Pete’s Dragon, which plays a bit like Harry and the Hendersons with a few nods to Steven Spielberg’s E.T., is a nice way to get the family off Netflix for a couple of hours and enjoy an outdoor movie together brought to you by the City of San Antonio’s World Heritage Office. Also: free popcorn (popped for your enjoyment by dragon fire).