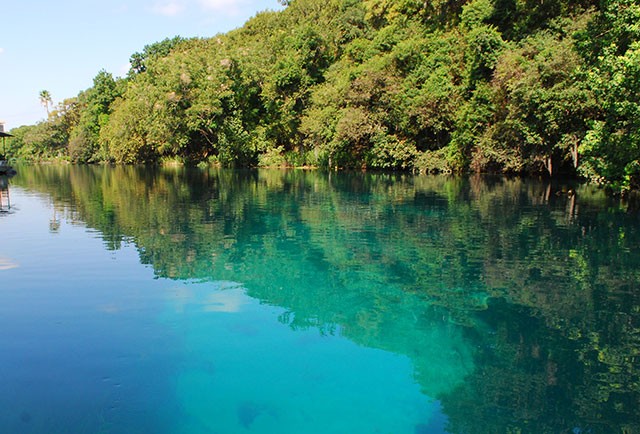 In a potential snag to the $2.7 billion transportation overhaul backed by local leaders, environmental activists say voters, not city council, should decide the fate of the plan protecting San Antonio's main source of drinking water.

Mayor Ron Nirenberg and Bexar County Judge Nelson Wolff are pushing a proposal that would fund public transit improvements under their ConnectSA plan by redirecting the 1/8-cent sales tax now supporting the Edwards Aquifer Protection Program and creekway projects. Assuming council approves, the APP would continue at half its present funding.

“The public does not understand that, unless council takes action to put something on the ballot, they will not have the chance to vote for reauthorizing those two really popular programs,” Annalisa Peace, executive director of the Greater Edwards Aquifer Alliance, told the Express-News.

The APP is set to expire later this year, and council is expected to vote on the funding switch in April. The ConnectSA transportation plan would go to a public vote in November.

The Sierra Club and Linear Creek Trails Advisory Board joined Peace's group in unveiling the counter-proposal Friday. Under that plan, the aquifer protection tax would be renewed for two years, instead of the five authorized in past votes. That compromise, they argue, would let city leaders find other money to continue the program.

In a statement, Nirenberg dismissed environmentalists' idea, saying the fast-growing San Antonio must act now to improve transportation, including expanding its bus service.

"The status quo is unacceptable, and so is delaying our obligation to fund transportation adequately," Nirenberg said.

But polls suggest the public may be more ready to line up with environmentalists than the mayor on this one. The APP enjoys broad voter support that's increased over the 20-year life of the program. Indeed, a February survey shows Bexar voters favor funding aquifer protection over more money for public transit.