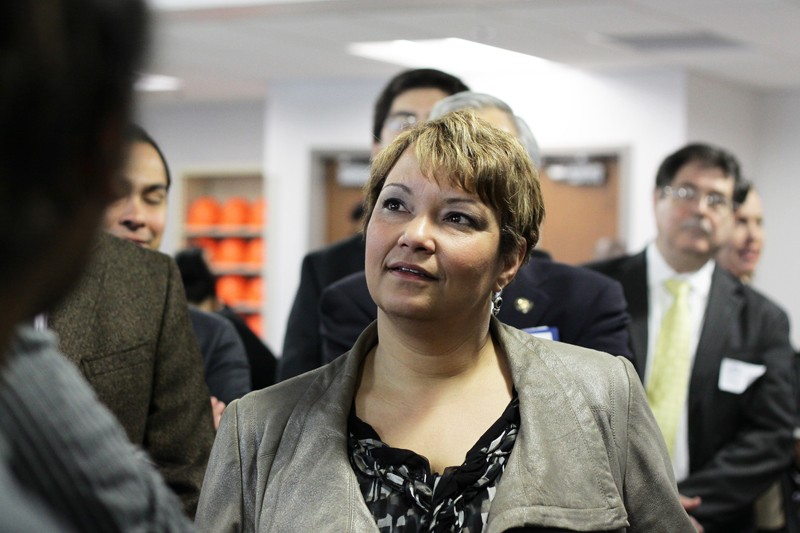 By Michael Barajas mbarajas@sacurrent.com The head of the Environmental Protection Agency made her rounds through San Antonio Friday, defending the agency’s rare decision to take over greenhouse gas permits in the state — a move that some GOP lawmakers have dubbed the agency’s “war on Texas.” Lisa P. Jackson, the EPA’s top administrator, visited Alamo City as part of her two-day tour of the state, visiting green technology programs at St. Philip’s College and holding a forum with students at St. Mary’s University. Her visit couldn’t have come at more tense time between the EPA and the state. Just this week, the Texas Commission on Environmental Quality approved the building of a Corpus Christi-area power plant in clear defiance of the EPA, which had asked the state to hold off on the permit amid questions over the $3.2 billion plant’s effect on local air quality. The plant, the Las Brisas Energy Center, plans to burn petroleum coke, a byproduct of oil refineries, to generate power. The commission’s decision to approve the power plant, overruling the recommendation of state Administrative Law Judges and against the direction of the EPA, exacerbates an already deep rift between the EPA and the state. The EPA took over granting permits for new power plants, refineries, and other large industrial facilities after state leaders openly balked at new nationwide emissions standards, making Texas the only state out of line with the new federal rules. Texas Attorney General Greg Abbott has responded with a series of lawsuits, trying to block the EPA from instituting its new standards across the state. So far, the state’s court actions have been unsuccessful. “What we are asking from Texas is that it enforce the same federal rules that the rest of the country has agreed to live by,” Jackson said. “TCEQ is issuing permits that are actually federal permits, they stand in the stead of EPA, and that’s the heart of a lot of the disagreement we’re having. We believe that the permit’s they’ve been issuing in many cases do not apply with federal law.” Texas lawmakers have vowed to fight any EPA efforts to crack down on industrial pollutants, claiming new EPA emission standards are a federal overreach. On Friday, Jackson responded, saying that while the TCEQ is part of a web of environmental protections, it’s EPA’s job to make sure no one place is advantaged or disadvantaged. “Remember, the air belongs to everybody,” she said. Discussing environmental policy in a forum with students at St. Mary’s, Jackson said, “There are some parts of our political spectrum who are almost anti-environment, and that amazes me.”