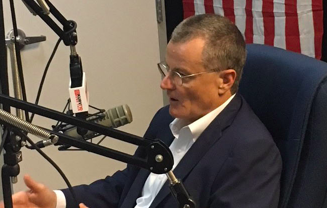 In a move entirely predictable amid the outcry over last month's sweeping power outages, the board of Texas' electrical grid operator fired CEO Bill Magness Wednesday night, according to the Texas Tribune.

The Electric Reliability Council of Texas' board approved a "60-day termination notice" for Magness after a three-hour private session, according to the report. ERCOT is the independent nonprofit that manages the state's power grid.

Magness' firing is the latest departure at ERCOT in the wake of last month's cataclysmic winter storms that left millions of Texans without power. The hard freeze nearly drove its power system into total failure.

Public outrage built over the entity's handling of the crisis and revelations that some board members don't even reside in the Lone Star State. So far, seven members of the board have resigned in the wake of the outages, according to media reports.

However, critics argue that ERCOT is merely a symptom of a larger problem: Texas' 1999 decision to deregulate its power market and the state's unwillingness to impose stricter oversight of power generators.