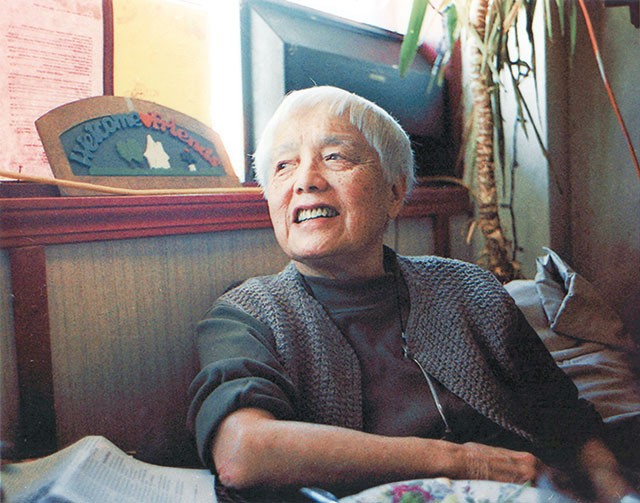 If “well-behaved women seldom make history,” then count the ladies featured in an upcoming San Antonio film series anything but obedient.

The six women have been called Communists, radical black power leaders, national threats; they’ve been kicked out of their countries for playing music; they’ve been slapped on the FBI’s most wanted list; and they’ve narrowly avoided death row.

But they’ve also been called visionaries,revolutionaries, heroes and pioneers.

Take Sunday afternoon’s installment showcasing Angela Davis, the renowned feminist professor and Communist Party-linked political activist. In Free Angela and all other Political Prisoners, director Shola Lynch uses archival footage, media footage and present-day interviews with Davis to tell the story of the controversial case against her. When facing the possibility of the death penalty, Davis stood undeterred and found solace in the overwhelming solidarity from supporters who fought to free her. Today, she turned the ordeal into action as an active opponent of the prison-industrial complex.

But as Carbajal points out, the series (intentionally) isn’t all notable names.

For instance, the 2012 doc, Anne Braden: Southern Patriot, by director Anne Lewis, traces the legacy of the late Braden through first-person narrative. A white Southerner seeped in racism and segregation, Braden was charged with sedition for attempting to desegregate a Louisville, Ky., neighborhood in the early 1950s. Instead of being brought down, Braden emerged as a trailblazing American civil rights leader and grassroots organizer. (And stick around for a Q&A and convo with the director following the screening.)

“It’s even more powerful, sometimes, when you’re part of the system that’s so wrong and you refuse to accept what privileges come from that,” says Carbajal of the film.

The series, started in 2007, is meant to celebrate film made by women about women (which, by the way, is no easy feat considering women only make up a measly five percent of Hollywood directors)—the latest edition was inspired by the Women Make Movies catalogue and Women’s History Month.

What marks the films this year as especially influential, says Carbajal, is the depth and personal context. The films highlight not only the overt struggles the activists deal with, but also their internal struggles and the way they learn to cope (or not cope, for that matter) with tirelessly fighting for progress in a society oftentimes bent the other way.

The ultimate aim for the social justice advocates at Esperanza is to encourage a generation of young women to seek mentors as bold and fearless as the women featured.