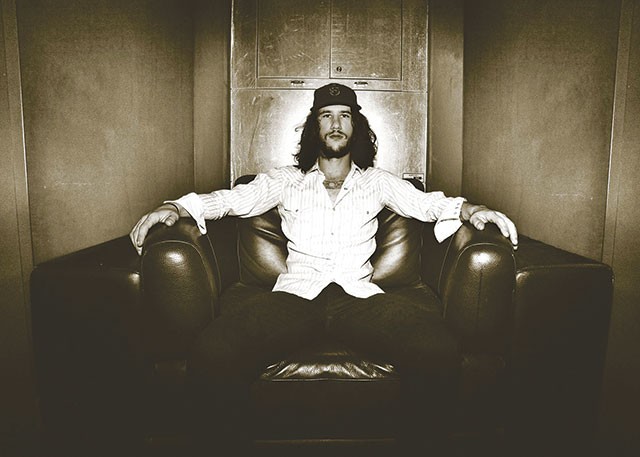 “My mother is a very special woman with an unbelievable sense of God,” Omar Rodríguez-López (The Mars Volta, Bosnian Rainbows) told the Current on March 12 of last year, after the premiere of his film Los Chidos during South by Southwest. On March 22 of that year, days after her 65th birthday, Frances Rodríguez (née López) passed away, but her memory lives on in the names of her five children who proudly use her maiden surname and, more importantly, incorporate her teachings in the music they make.

Marcel Rodríguez-López (percussionist of the now-extinct Mars Volta and drummer for Zechs Marquise) is no exception. For his latest project, the electronic/percussion/dance duo Eureka the Butcher, he used his mother’s photo on the cover of Music for Mothers, the album released in May. Hearing him speak about his mother, one wishes to have known her.

“It was her who convinced me to also play piano and to think about music in different ways,” Rodríguez-López told the Current over the phone. “It was the best decision I have ever made because I don’t want to be a musician in a band that can’t contribute anything besides rhythm or percussion.”

Eureka the Butcher, which includes belly/modern dancer Sadah Luna, will make its San Antonio debut Saturday at Hi-Tones, and Rodríguez-López got excited when hearing the description of the venue.

“Nice… I love it like that,” he said. “I love it more when the crowd is right in front of me as opposed to a big place that is kind of detached and doesn’t have as much personality.”

Unlike most electronic producers, Rodríguez-López plays mostly real instruments on the record, but in a live setting he uses a synthesizer and a controller. He does have a laptop, but he hardly ever uses it.

“It’s like the way a DJ would do a set in the sense that it’s continuous and the songs are always flowing,” he said.

Music for Mothers is not just a groovy, trance-like album. It has a strong melodic and rhythmic sense and an organic sound filled with unusual sweetness and humanity for the genre.

“The drive and inspiration for everything I do comes from my parents, especially my mother,” said Rodríguez- López. “She always told us that nothing was impossible if we only worked hard, and for the longest time I just thought that I was superhuman and I could learn real fast and do anything. It all came from her teaching us that, and it still carries on.”