By San Antonio Current Staff
Share on Facebook
Tweet
Submit to Reddit
Email
Ex-Spur Danny Ferry listed his Mediterranean-inspired mansion in Alamo Heights for sale last summer, but hasn't had any luck getting it off his hands. After two price cuts, it's now listed at $2.599 million.

For those of you who don't know (or remember), Ferry played with the Spurs for three seasons after spending a decade with the Cleveland Cavaliers. He retired in 2003 after the Spurs won its second NBA Championship. He's since worked out of the Spurs executive office, as well as been part of the Atlanta Hawks and New Orleans Pelicans franchises.

Now he's ready to say goodbye to his Alamo Heights spot. Let's take a look around.

Listing information and photos via Realtor.com 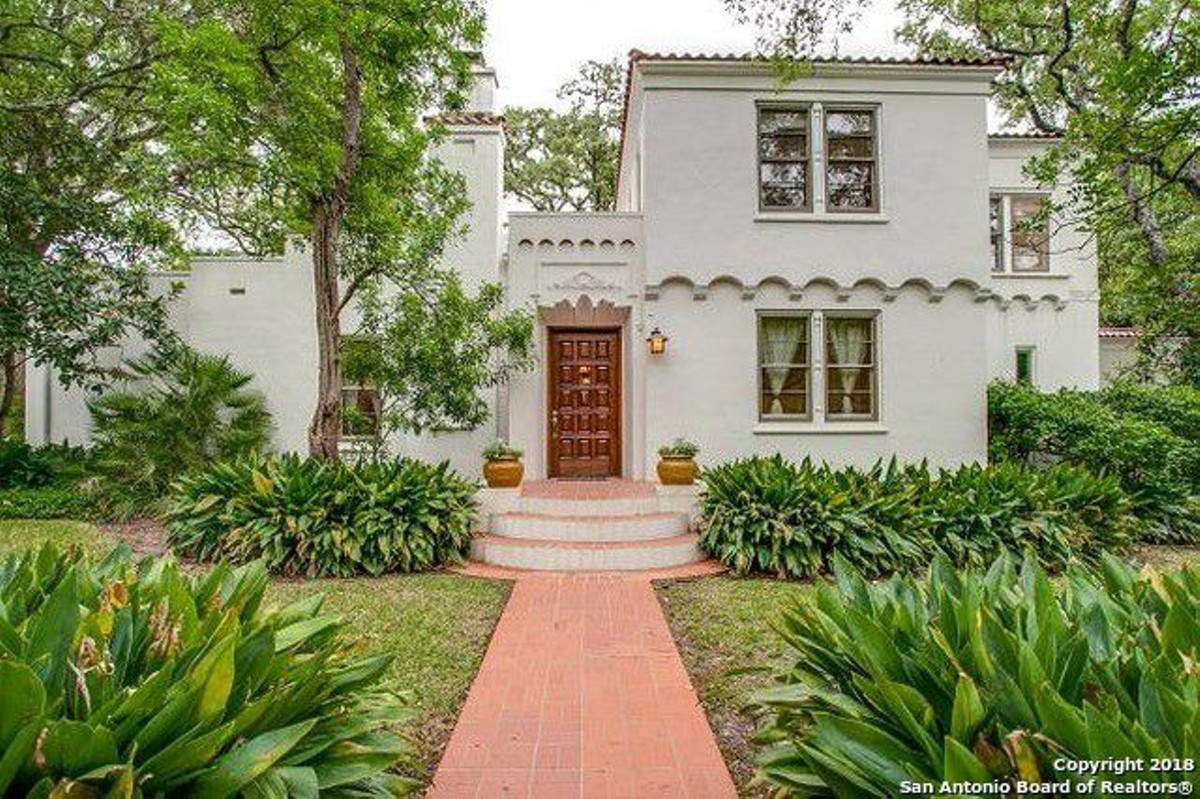 Built in 1929, this two-story is chic like most Alamo Heights homes.
The common areas use neutral colors, leaving room for plenty of customization.
This sitting room is great for intimate groups.
The long hallway adds personality to the home.
Ferry and fam added a splash of color with a common green theme.
You'd love cooking in this kitchen.
Though short on counter space, there are plenty of cabinets.
With a roomy breakfast nook and bar, there's plenty of space for just the fam or the whole crew.
Kick back and enjoy a movie marathon in this space.
The natural light makes relaxing on the couch seem like you're outside.
Skip ad in
You'll find five spacious bedrooms here.
The fireplace makes keeping warm easy on days that you just want to stay snuggled up in bed.
Shopaholics will make good use of this deep closet.
The home is equipped with 3.5 baths, which feature walk-in showers.
The minimalist aesthetic will have you feeling fresh always.
The home also includes a recently-added guest house.
Just look at those countertops!
The bedrooms have personality with bright wall colors that pop.
A three-car garage was also recently added.
Venture outside and you'll find a fire pit & pizza oven.
Skip ad in
Any buyers?
More slideshows

Here's how much some of the smallest homes on the market in San Antonio will cost you right now
San Antonio Current Staff65 images
1/21
Built in 1929, this two-story is chic like most Alamo Heights homes.
Play Slideshow