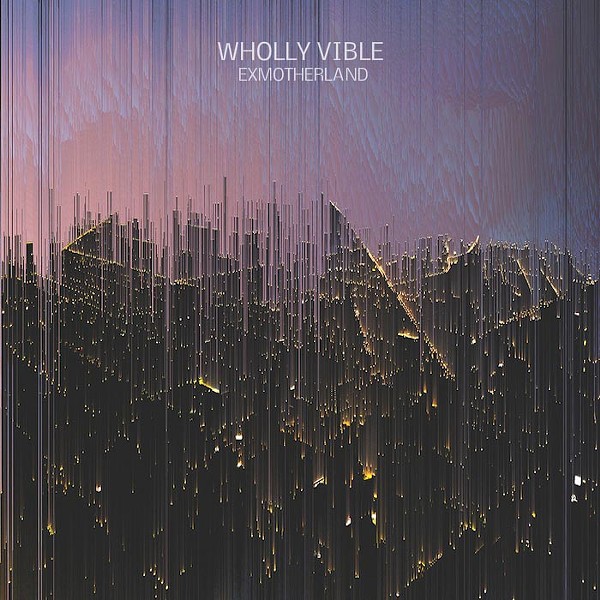 Made up of emcee Yooserp and producer P.S. Aspects, Wholly Vible creates music at the unexplored and fertile intersection of trip-hop and noise rap. Combining the effortlessly smooth works of Portishead and Massive Attack with the dark and piercing style of Death Grips and B L A C K I E, Wholly Vible's two EPs are some of the most intriguing releases to come out of SA this year.

On "ExMotherland," the title track from Wholly Vible's first effort, P.S. Aspects begins with a slow, panned beat, which mutates into a hassled Aphex Twin shuffle. Throughout the song, Yooserp bends the tempo of his searing rhymes to keep time with the wobbling beat. "I'm the spokesboy and he breathes life and fire into these ideas that I have," says Yooserp, crediting his producer.

Wholly Vible began in 2010 as a solo outlet for Yooserp, looking for a new aesthetic to relay his creativity. "I was tired of being in punk bands," he says. "It was so aggressive. I wanted to write real emotions and feelings other than just anger."

On ExMotherland, that anger is certainly still there. On the title cut, Yooserp pounces on the track with the energy and crazed thrash of a seasoned punk frontman. "Forgot how to say hallowed be thy name, now shallow be thy game," he spits with a brash delivery.

But Wholly Vible's emotional range extends much further. Over opaque bass interrupted by trap snares, Yooserp croons of a love interest whose "hair falls like leaves." On "Detail and Obey," Yooserp echoes an automated voice singing the title for an alienated effect, intensified by ExMotherland's album art.

On the cover is a gloomy city a la Ridley Scott's Blade Runner, distorted by a glitchy creative process called pixel sorting. "It's a futuristic, dystopian look," says Yooserp. "That's what ExMotherland is. When I was 18, I lost my mother. A motherland is your home. It's your comfort zone. It's your warmth. ExMotherland is the opposite, there's no home, just despair."

The second effort, October's Pendulum, finds Wholly Vible swinging toward a similar direction of emotional refugeeism. On "I Amnesia," over a bittersweet sample looped to oblivion, Yooserp asks: "Please tell me where I'm from, please tell me what I've done."

With two short records in the bag, Wholly Vible is looking to reach onto the second half of the long player. "I'd like to do a full album," says Yooserp. "The thing about short albums is it's easy to capture a certain energy. But I find it difficult to work on 12 songs." Hopefully, with the recent addition of a drummer to their live set, Wholly Vible can stretch out on their trippy and noisy exercises.