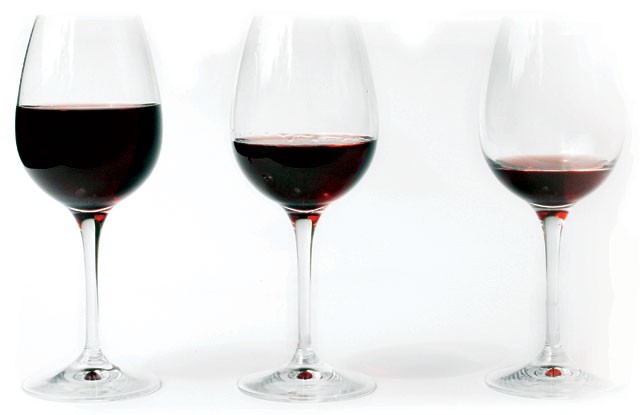 It's officially fall: the frost is on the pumpkin, leaves are turning colors, sweaters have come out from under the bed … oh, wait; I haven't lived in Boston for years. In San Antonio, it's OK to wear white past Labor Day — and to continue drinking white wine, for that matter. But if you want an excuse to bolster your red-leaning proclivities, then carpe autumnus, and consider attending the San Antonio Cellar Classic being put on by the folks at Max's Wine Dive on October 12 and 13.

It's not that reds alone will be featured but rather that it was generally the reds I tasted with Greg Steiner, Max's Online Wine Director — and we tasted a passel of 'em — that were the most exciting. The Maxistas aren't shy about wielding their buying power in the sourcing of wines; aided and abetted by Master of Wine D.C. Flynt, they often buy out entire productions of certain vintages, meaning that those wines are available at Max's and nowhere else. This can inspire fear of the unknown if one is simply sitting at the bar, though Max's servers are usually quite free with tastes of open bottles. But a tasting is an excuse to experiment. There are two opportunities to do so.

The first is a Reserve Dinner at Max's on Friday October 12; the cost is $125 per person or $225 per couple, and seating is very limited. Put together by newly minted Executive Chef Clint Connaway (former Executive Chef James Moore is currently involved in creating the menu at the Boiler House Texas Grill & Wine Garden scheduled to open at Pearl later in the year), pairings include the likes of watercress and duck confit salad with Plumpjack Reserve Chardonnay. (The dish recalls Connaway's previous stint in Damien Watel's kitchen at Bistro Vatel.)

The second event, the Grand Tasting, takes place at The Stable at Pearl from 1-4 p.m. on Saturday, October 13. Arrive early and stay late. There are two levels of ticketing, and though I'm usually annoyed by the elitist implications of VIP pricing, this is one event where it's worth considering an upgrade from the $40 general admission to the $90 inner circle; not only does the upgrade buy access to 25 more wines than the 50-plus offered under general admission, but it comes with an enhanced voucher good for the purchase of wines at the event. Oh, and a

Riedel glass to take home. So, OK, it will have a Max's logo.

But you can use the glass while you're there to taste the likes of a minerally Sancerre from Château de Sancerre, a lively Vicius Albariño (it spends time aging on the sea bottom — not a fact that's immediately apparent in the taste), a beautifully herbal Chinon by either Pallus or Baudry, a fresh and fruity Barbera d'Asti … and certainly both the sleek Bordeaux blend that is Newton's The Puzzle and the "whoa"-worthy Plumpjack Cabernet. Foods from Max's (hope for the lobster croquettes or the very good lamb kebab), Boiler House, and other local restaurateurs (including prodigal son Jesse Perez who will be opening Arcade Midtown Kitchen at Pearl later in the fall) will keep things from getting too rowdy. Participating restaurants can enter a judged, mac 'n' cheese throwdown (there's no getting away from the stuff, it seems). And attendees, I would expect, can expose themselves to the full range of Max's snarky T-shirts on servers while grooving to Los #3 Dinners. A portion of the proceeds benefits The Junior League.

Go to sacellarclassic.com for tickets and additional information.