Experimental Troupe Pilobolus Turns Down the Lights for Dancing in ‘Shadowland’ 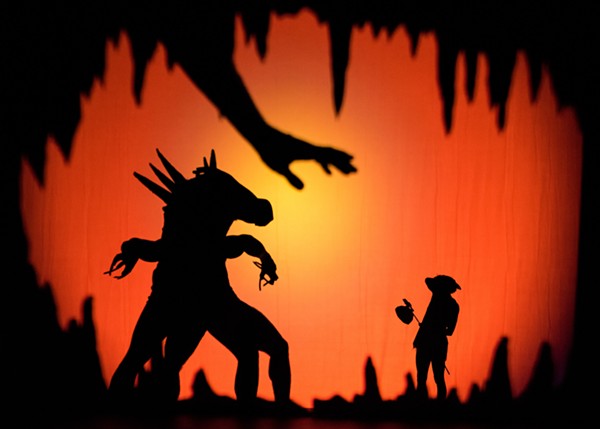 Amusingly named after a type of fungus that thrives in cow dung, Pilobolus sprouted from a dance composition class at Dartmouth College circa 1971. Founded by a motley crew of non-dancers that counted a cross-country skier, a fencer and a pole vaulter among its members, the company takes an experimental approach to movement-based performances and routinely pushes the envelope with creative collaborations that have spanned the spectrum from magic duo Penn & Teller and Where the Wild Things Are author/illustrator Maurice Sendak to alternative pop-rockers OK Go and the MIT Distributed Robotics Laboratory. Developed organically, the company’s 100-plus original works fuse elements of acrobatics and improvisation, often employing bodies as canvases or building blocks for gravity-defying constructions. Penned by SpongeBob SquarePants lead writer Steven Banks, Shadowland expands on the Connecticut-based troupe’s memorable performance at the 2007 Oscars by placing silhouetted dancers behind a scrim. Landing at the Tobin for one night only courtesy of ARTS San Antonio, the touring production “merges projected images and front-of-screen choreography” within a surreal narrative that “celebrates the strange and wonderful power of the dark to show us who we are in unexpected and utterly thrilling ways." $16-$54.50, 7:30pm Wed, Tobin Center for the Performing Center, 100 Auditorium Circle, (210) 223-8624, artssa.org.