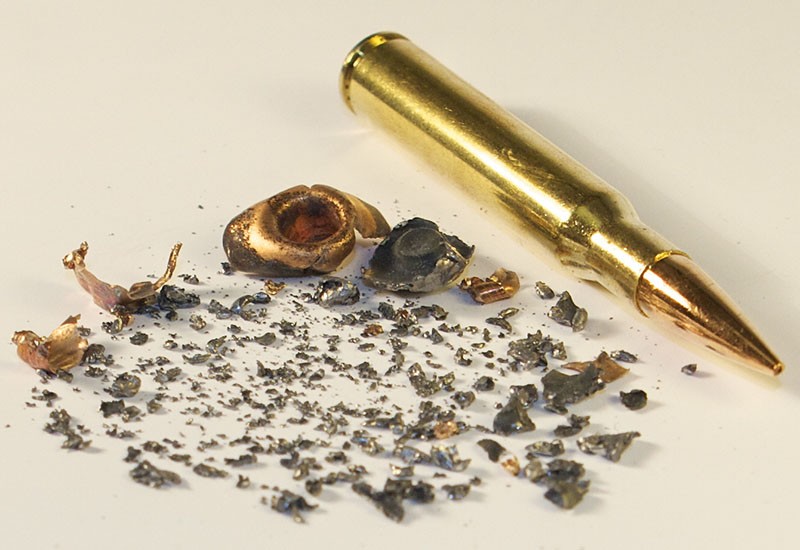 No other state in the nation boasts as many doves — and hunters hot on their trail — as the Lone Star State, with its longstanding hunting culture passed down through the generations.

So it's no surprise that a lingering national debate about the use of lead ammunition — whether it should be banned — continues to galvanize scientists, environmentalists, gun rights activists and hunters.

A study released by the Texas Parks and Wildlife Department in December further fueled the debate when it determined steel shot — a lead alternative — is just as effective in its lethality and in hunter satisfaction.

Agency spokesman Steve Lightfoot said reaction to the study has run the gamut.

"Social media comments have run the board, from 'good to know' to 'we still don't believe you," Lightfoot told the Current. "This is still going to be an ongoing educational process."

Lightfoot, however, said TPWD is not getting involved in the contentious debate.

"We are just putting information together that, hopefully, our hunters can make use of to make informed decisions moving forward."

There is a long-held belief in the Texas hunting community that lead is more effective — and humane — in killing animals.

This is because when lead strikes a target, it fragments into many pieces and slows down inside the animal, breaking bones and piercing organs.

But the TPWD report, which came with a $500,000 price tag and was funded through Migratory Game Bird and Texas White-winged Dove stamp revenue, sheds definitive doubt on that long-held belief.

To come to this conclusion, TPWD experts recorded more than 5,000 shots fired during the 2008 and 2009 dove hunting seasons in Brown, Coleman and McCulloch counties. Researchers conducted necropsies on 1,100 mourning doves and determined "no statistical significant difference in harvest efficiencies between the three loads tested regardless of distance." Two kinds of steel shot were compared with lead shot.

The results weren't surprising since lead shot has been outlawed in waterfowl hunting for more than 20 years because of its harmful effects. The birds mistake shotgun pellets for grit, or small rocks ingested to aid digestion.

Take Mark Katzfey, for example. He runs the Katzfey Dove Ranch in George West, about an hour south of San Antonio in Live Oak County. Katzfey, who had not seen the TPWD report, said he couldn't say for sure that lead was more effective than steel, but he found it hard to believe that steel was just as good.

"You'd have more wounded doves with steel than lead and would hurt your population," he said. "When we hunt, I don't want people killing more than the limit. I don't want to wound."

Thousands of lead pellets are strewn across rural fields in Texas counties where doves thrive. They and other upland birds mistake pellets for grit, much like waterfowl do, leading to a painful death from lead poisoning.

While Texas dove hunting is a big deal, the overall debate about lead ammunition is more controversial than many realize.

If lead ammunition were banned in the United States, the hunting and sport-shooting industry would turn on its head, like it did in the early 1990s when lead shot was banned in waterfowl hunting.

"There was no research or science telling us [how to manufacture efficient steel shot]," Lightfoot said. "So, in fact, we were looking kind of blindly down that road and the results were that hunters had some bad experiences initially. Steel shot loads had not evolved."

Two decades down the line, steel shot has evolved as a non-toxic alternative. Still, the future of lead shot for dove hunting is up in the air.