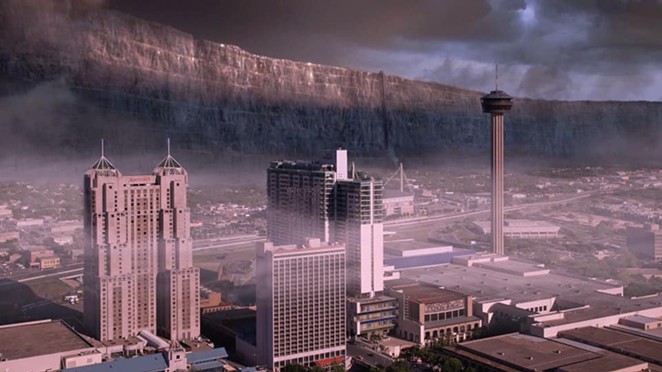 The Internet just can't get enough of the magical border wall Donald Trump seems to think passes through San Antonio.

First there was the barrage of Twitter memes mocking the president's tenuous grasp on geography (and perhaps reality). Now, someone's created a Facebook event for a Cinco de Mayo "search party" at the Alamo to get to the bottom of the Orange Leader's proclamation.

"I propose that we all meet up and find this wall!" writes event organizer Manuel Lopez Jr. "We as San Antonians deserve to know where this wall is at and deserve some answers!"

So far, more than 3,300 people have indicated they'll attend the May 5 party. Naturally, the start time is set for 4:20 p.m. No word whether Alamo tour guides will be serving liquid refreshments.

Another 15,000 people marked themselves as "interested," which in Facebook language means, "I'll think about it briefly before being distracted by the television and parking my ass on the couch instead."

In the meantime, the event page has become a depository for comments both smacking the president and defending him. "This just in... San Antonio has a border wall. It's between Covfefe to Go and Hamberder Hut," reads one recently posted meme.