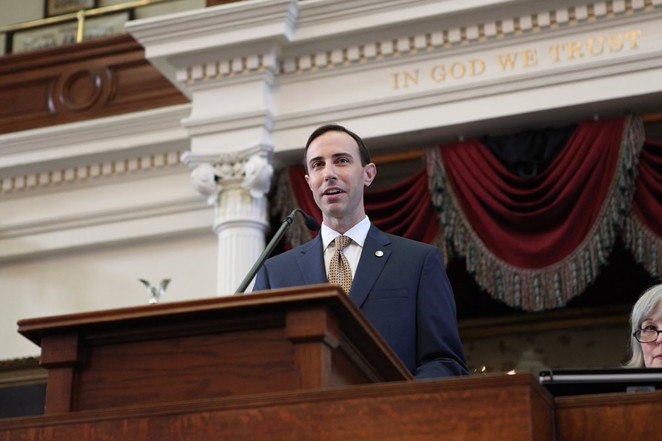 Talk about loyalty. Apparently, it takes more than creating a national embarrassment and leaving taxpayers on the hook for $450,000 to shake Texas Gov. Greg Abbott's trust.

Days after former Secretary of State David Whitley lost his job over bungled review of Texas' voter rolls, he's back to work at the governor's office — and with a $205,000 salary no less — according to a Dallas Morning News report. He's even got a spiffy new title, according to the Comptroller's Office: deputy director II, the Texas Tribune reports.

Whitley, an Abbott appointee and longtime ally, last week resigned from his gig as Secretary of State after it was clear the Texas Senate wouldn't vote to confirm him. He lost the support of Democrats after it became apparent his purge targeting noncitizens on the voter rolls actually threatened the voting rights of thousands of people who had become naturalized citizens.

Whitley's gaffe resulted in three lawsuits by civil rights groups, and a federal judge in San Antonio ultimately put the brakes on the review. The suits left taxpayers on the hook for $450,000 in costs and attorney fees and prompted an ongoing congressional investigation.