Faith-based Films Are More Popular Than Ever and Studios, Theaters Are Taking Notice

Cinema for the Soul

A still from Christopher Columbus’ upcoming film The Young Messiah. // The Christian film industry is banking on the rising tide of faith-based films sweeping viewers away.

They're not overtaking movie theaters like swarms of locusts just yet, but faith-based films that have hit the big screen in recent years have come in droves. In the next couple of weeks, the subgenre will continue to maintain its strong presence in the industry with the theatrical release of two new movies: Miracles from Heaven (March 16) and God's Not Dead 2 (April 1). With other faith-based films like Risen and The Young Messiah already playing at theaters, there's no end in sight for the upsurge in spiritual cinema.

While none of the films listed above will reach the blockbuster status of director Mel Gibson's 2004 drama The Passion of the Christ ($611 million worldwide), major film distributors, including Columbia Pictures, Focus Features, TriStar Pictures, 20th Century Fox and others, are staking a major claim in what has turned out to be a profitable moviemaking venture.

According to boxofficemojo.com, the five top-grossing Christian theatrical releases over the last two years (Heaven is For Real, War Room, God's Not Dead, Son of God and When the Game Stands Tall) made an average of $65 million worldwide and only cost an average of $11 million to produce. Hell, even Kirk Cameron's unholy cinematic abomination Saving Christmas turned a profit in 2014. Bottom line: faith-based movies are cheap to make and, more importantly, come with a built-in audience.

That's not, however, the only reason these films are finding success. Miracles from Heaven director Patricia Riggen says certain audiences are simply yearning for movies with more wholesome qualities.

"There are a lot of movies that just don't communicate anything to the audience and don't make you grow into a better person," Riggen told the San Antonio Current. "I think people really want to have an option to see things that are inspirational and that you can take your kids to see."

Oscar-nominated producer Chris Columbus (The Help), who is best known for directing such modern family classics as Home Alone and Mrs. Doubtfire, says the fact that his new film The Young Messiah is a religious one did not factor into his decision to produce it. He just wanted to make a good movie.

"When I get involved in any project, for me, it's about the story," Columbus told the Current.

"Is it something that will engage audiences? Is it emotionally complex? For me, it was an opportunity to tell a particular side of Jesus' life we haven't seen on screen before. I found it fascinating." 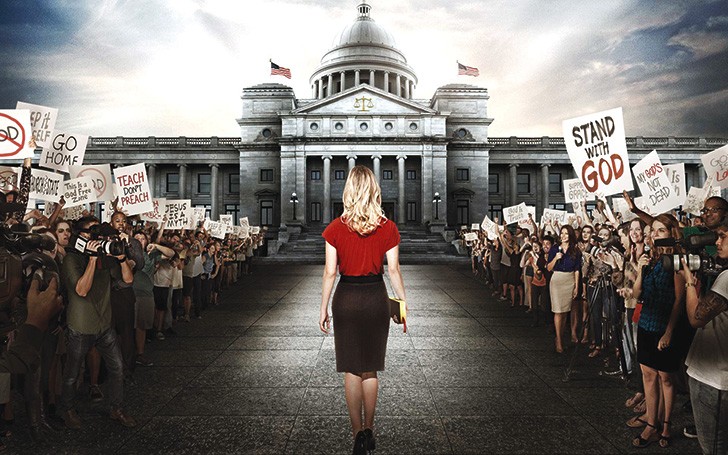 Local movie theater chain Santikos doesn't think moviegoers' fascination will fade anytime soon. The company is investing time and money into marketing these motion pictures. According to David Holmes, CEO of Santikos Enterprises, the theater chain has a long history of reaching out to faith-based audiences.

"In the past, we have called churches and passed out flyers to them announcing upcoming faith-based films," Holmes said. "This year, we are utilizing new technology [that] allows us to send targeted emails based on a person's level of interest in these films."

Holmes adds that Santikos also works with local churches to set up private screenings and has a dedicated events team for faith-based films. Santikos even goes as far as pre-screening movies for pastors so they can see if the film's message corresponds with the church's doctrine.

"The overall reception has been very positive," Holmes said. "Most guests want to be inspired while watching a film. A faith-based film can do that for a congregation. We are happy to provide a medium to this audience in San Antonio."

Isaura Moreno is one San Antonian who enjoys watching the latest religious-themed movies. A kindergarten teacher at Judson ISD and teen youth minister at St. Thomas More Catholic Church, Moreno likes all kinds of films but thinks theater patrons could use a little less sex, drugs and violence.

"It's rare to find a movie that has a good message and is entertaining," Moreno said. "I think a lot of regular movies often contribute to the way society is now. They're desensitizing the way people look at the world."