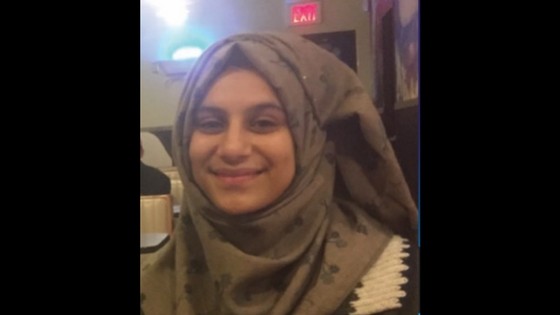 The Bexar County Sheriff has recruited help from the Federal Bureau of Investigation to track down a San Antonio teenager who disappeared a month ago.

Sixteen-year-old Maarib Al Hishmawi was last seen leaving William Howard Taft High School around 12:30 p.m. on January 30th, according to county officials. Representatives from both Bexar County and the FBI held a joint press conference Tuesday to underscore the urgency of the issue.

"It is important to note, the investigation has revealed allegations that Maarib was physically abused by someone she knew," reads a press release sent prior to the event. "Authorities are therefore not only focused on recovering Maarib, but also on ensuring that she is in a safe environment."

According to law enforcement, Maarib was last seen wearing jeans, a white jacket, black heels, and a white, floral hijab.

Anyone with information about the teen's whereabouts is asked to call Crime Stoppers at (210) 224-7867.