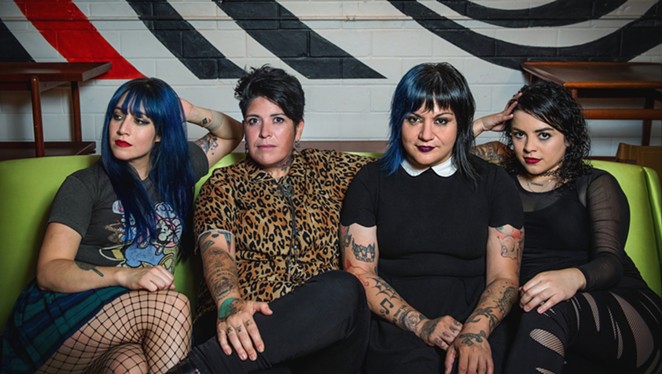 San Anto’s own Chicana riot grrrl punk powerhouse FEA has undergone a few lineup changes since releasing its nationally lauded eponymous debut in 2016, but its core — former Girl in a Coma members Phanie Diaz and Jenn Alva — have more than held it together. After the critical acclaim of that album, which dealt in excoriating, head-on fashion with themes of misogyny, homophobia, xenophobia and racism, FEA is now a foursome but with the same fearsome prowess.

This special show will find the group celebrating the release of its anticipated sophomore album No Novelties before heading out on a huge supporting tour. Truth be told, though, FEA really hasn’t stopped touring since its first album, even soldiering on through the lineup changes.